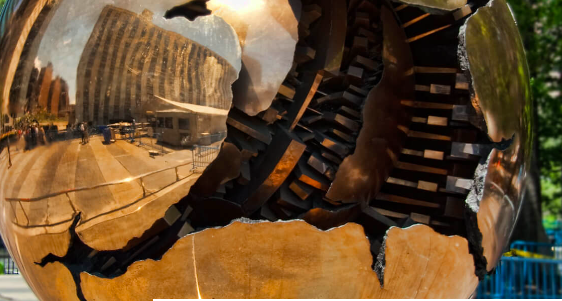 On World Science Day for Peace and Development, we share a recent article by ISC President Peter Gluckman on how science has been – and can continue to be – an important tool of global diplomacy.

We live in perilous times, with informed commentary being dominated by pandemics, climate change, environmental degradation, collapse of the post–World War II rules-based system, growing nationalism, declining social cohesion, and disinformation. At the same time, progress on the Sustainable Development Goals has been inadequate [1]. The broader consequences of this confluence of factors for citizens in every part of the world have manifested as increased inequalities, loss of opportunity, greater mental health concerns, and greater fragility for many lives.

Science and technology have had causal roles in these evolving challenges, but will be critical to finding solutions. The sciences and their technological offspring contributed to the marked extension in lifespan that all societies have seen in the past 100 years. But the very technologies that have been developed also gave rise to greenhouse gas emissions and advanced weapons. As scientists argue for the use of new technologies and the better application of much existing knowledge to address the many challenges ahead, we must ensure societies are appropriately engaged.

Many of these issues transcend national borders or are common across countries. Science diplomacy, the use of science to advance diplomatic goals, is an important strategy in effecting better engagement. Such diplomacy can be parsed by whether those goals are to advance a nation’s direct interests (e.g., in security, trade, or projecting soft power) or whether they commit to addressing the challenges to the global commons [2]. The tragedy of growing nationalism is that it can override the latter as a priority, as has been illustrated in the responses to climate change, to issues surrounding the Arctic, and the management of ocean resources. Each of these—and, indeed, aspects of the response to Coronavirus Disease 2019 (COVID-19) [3]—shows how we confront a fragile future when transnational cooperation is weak.

Yet, even in difficult times, diplomatic advances can be made. The first cold war was not devoid of major diplomatic advances, many of which originated with science [4]. The International Geophysical Year (1957), organized by the International Council of Scientific Unions (ICSU; the International Science Council’s (ISC) predecessor organization), was a multinational effort that led to many discoveries such as the mid-oceanic ridges confirming the theory of continental drift. The focus on scientific cooperation in the Antarctic led to the Antarctic Treaty (1959), to which all major countries are now signatories, and which restricts activities in the Antarctic to peaceful (scientific) purposes; this remains coordinated through the ISC affiliate body, the Scientific Committee on Antarctic Research. Similarly, the Villach conference (1985), convened by ICSU with United Nations (UN) Environment Programme (UNEP) and the World Meteorological Organization, brought leading climate scientists together and led to the formation of the IPCC (1988). The landmark Montreal Protocol on Substances that Deplete the Ozone Layer (1987) was possible because science and technology had highlighted the problem and identified solutions. The formation of the International Institute of Applied Systems Analysis (1962) was an initiative of the United States President and the Soviet Premier to use science to reduce tensions between the 2 superpowers. These, and many other examples including the collaborative efforts to eradicate smallpox and polio, highlight how science was and can continue to be an important tool of both formal (“Track 1”) and informal (“Track 2”) global diplomacy.

Unfortunately, the current multilateral system is not functioning well. Yet, so many issues require the global community, represented by the UN, to use science and knowledge more effectively. Indeed, this was identified by the UN Secretary-General in his 2021 report to the General Assembly [5]. The ISC, whose members comprise national scientific academics and multinational scientific unions and associations, is the primary nongovernmental organization representing science in the multilateral arena; ISC has been interacting with the offices of the Secretary-General and the President of the General Assembly to discuss what kind of mechanisms might assist.