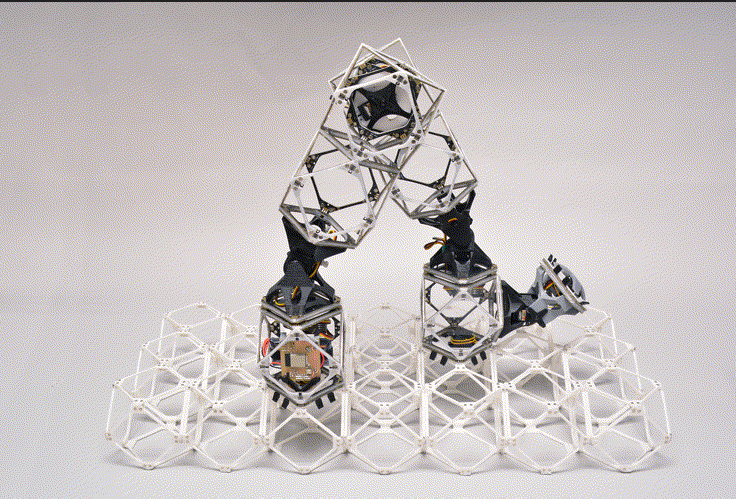 By India Today Web Desk: As the world moves from the human-dependent workforce to robotic hands, engineers at the Massachusetts Institute of Technology (MIT) have designed a unique robot that can self-assemble and build “almost anything.” The robots can help in constructing buildings, building vehicles, and even grow into bigger robots.

The team is aiming to design robots that can economically assemble almost anything including things much larger than themselves, from vehicles to buildings to larger robots. The work has been led by the Center for Bits and Atoms (CBA) at MIT, which has been in research for years on the unique technology.

They recently demonstrated that objects such as a deformable airplane wing and a functional racing car could be assembled from tiny identical lightweight pieces — and that robotic devices could be built to carry out some of this assembly work. Their findings have been published in a paper in the journal Nature.

“We introduce a discrete modular material-robot system that is capable of serial, recursive (making more robots), and hierarchical (making larger robots) assembly. This is accomplished by discretizing the construction into a feedstock of simple primitive building blocks which can be re-configured to create a wide range of functionality,” the MIT team said in the paper.

While researchers maintain that a fully autonomous system capable of both assembling larger structures, including larger robots, and planning the best construction sequence is still years away, the latest work brings them a step closer to that reality. The new system is made up of complex, large, usable structures built from an array of tiny identical subunits called voxels.

While earlier voxels were purely mechanical structural pieces, the team has now developed complex voxels that can carry both power and data from one unit to the next. “When we’re building these structures, you have to build in intelligence. What emerged was the idea of structural electronics — of making voxels that transmit power and data as well as force. There are no wires. There’s just the structure,” CBA Director Neil Gershenfeld, said in a statement.

While the experimental system can carry out the assembly and includes the power and data links, in the current versions the connectors between the tiny subunits are not strong enough to bear the necessary loads. The team is now focusing on developing stronger connectors.