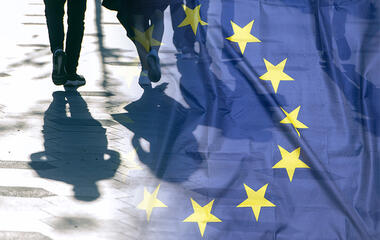 The Agenda is focused on strengthening African-European scientific collaboration in research and innovation (R&I) and higher education and identifies universities on both continents as key institutions for realising this enhanced collaboration.

This marks a remarkable step forward since scientific collaboration has traditionally not been a central component of the AU-EU relationship. Why have R&I and higher education been prioritised in the new African-European partnership and what does the Innovation Agenda entail?

The overall AU-EU Partnership Agreement is the culmination of many meetings and long negotiations aimed at developing a new direction for the relationship between the two neighbouring continents.

The underlying vision from the EU side is that the new partnership should represent a shift from collaboration based on development aid to a more equal strategic partnership. For that vision to be realised, scientific collaboration has been moved from the margins to the centre of the AU-EU partnership.

The preparation for the summit and the focus areas of the Innovation Agenda were strongly affected by contextual issues, such as the COVID-19 pandemic, which caused the postponement of the summit from 2021 to 2022, and the growing role of China and its Belt and Road Initiative in Africa.

The latter forms an important backdrop for the EU’s Global Gateway strategy that provides the foundation for the new AU-EU partnership, including scientific collaboration. This strategy represents an effort by the EU to realise its geopolitical ambitions by offering an alternative to both the Chinese state-controlled model and the American US emphasis on the effectiveness of private sector actors and market forces.

In the EU’s vision, the Global Gateway will allow for an investment and collaboration approach that does justice to and is in line with the EU’s interests and values: rule of law, human rights and international norms and standards.

Obviously, like the Chinese Belt and Road Initiative, the Global Gateway is primarily a strategy for promoting the interests of the EU and its member states.

Therefore, it still has to be seen whether the Global Gateway and the new AU-EU partnership can overcome some of the traditional challenges in the African-European relationships. These include the continuous impact of colonial legacies, trade imbalances and vaccine inequalities.

These challenges are also visible in the disappointment that has emerged, especially in Africa, about the new AU-EU agreement and the questions that have been raised in the aftermath of the summit, for example, about the lack of concreteness when it comes to the promised EU investment package and the real interest of Europe in African issues and priorities.

Nonetheless, the core intention to develop a more equal, strategic African-European partnership shows clearly the intention to modernise the relationship between the two continents and address the aforementioned challenges. This also forms the foundation for the Innovation Agenda.

So what are the main items on the agenda?

First, the Agenda emphasises that scientific collaboration has to be mutually beneficial and based on equal partnerships. This is illustrated, for example, by the intention to invest in career opportunities for young scholars in Africa as a way to counter brain drain.

Careful estimates suggest that since the beginning of the century at least 60,000 graduate degree holders left Africa for a career outside the continent. To reverse this trend, the Agenda presents a long-term approach, with various actions designed over a period of 10 years or more to create better and more attractive career opportunities for young scholars in Africa.

Second, an important item on the Agenda is the ambition to invest in research excellence structures, which would allow for close collaboration of African and European scholars in various stages of their academic careers. To support the collaboration of young scholars, the Agenda wants, for example, to strengthen existing centres of excellence on both continents. To stimulate collaboration between senior researchers, ‘advanced study institutes’ (collegia) will be established.

The latter are expected to enhance the development of joint African-European as well as African-African research projects addressing interdisciplinary challenges. These projects will be expected to compete for competitive research funding, for example, from the EU’s Horizon Europe programme.

Overall, the focus on clusters of excellence represents a significant interest in improving research infrastructure and facilities on both continents and in stimulating the mobility of students and researchers in both directions.

Third, the Agenda shows a strong and clear intention to facilitate African-European university collaboration in a number of areas. This includes the development of new joint masters and doctoral programmes and further developing existing collaboration through EU programmes, such as the Marie Sklodowska-Curie doctoral and post-doctoral networks.

In addition, new initiatives are highlighted, such as the African Research Initiative for Scientific Excellence (ARISE) programme, which is inspired by the European Research Council and funds world-class frontier research projects of young African scholars and their teams at universities in Africa.

Many of these ambitious collaboration intentions are to be realised through the investment of ‘new money’ in African-European university collaboration, for example, through the Erasmus+ programme and the Horizon Europe programme for funding R&I.

In the Erasmus+ programme the budget earmarked for collaboration with Sub-Saharan Africa has been increased more than fourfold, from around €140 million (US$155 million) in the previous period (2014-21) to almost €600 million in the coming period (2021-27), while in Horizon Europe, the EU has uniquely earmarked €350 million for 2021-22 for R&I collaboration projects with Africa.

All in all, the joint AU-EU Innovation Agenda forms a major step forwards in the realisation of equality in the African-European university collaboration. This is visible in the aim to support genuine intercontinental partnerships, meeting places and knowledge sharing and in the intention of Europe to significantly reduce brain drain from Africa by seriously investing in scientific career opportunities on the continent.

The Innovation Agenda is now open for public consultation. This offers African and European universities, scholars, students and other stakeholders an opportunity to give input into the further development and operationalisation of the Agenda and thereby in the ways in which we want to work together, as scientists, students and institutions from both continents.

Peter Maassen is professor in higher education studies at the faculty of education, University of Oslo, Norway.