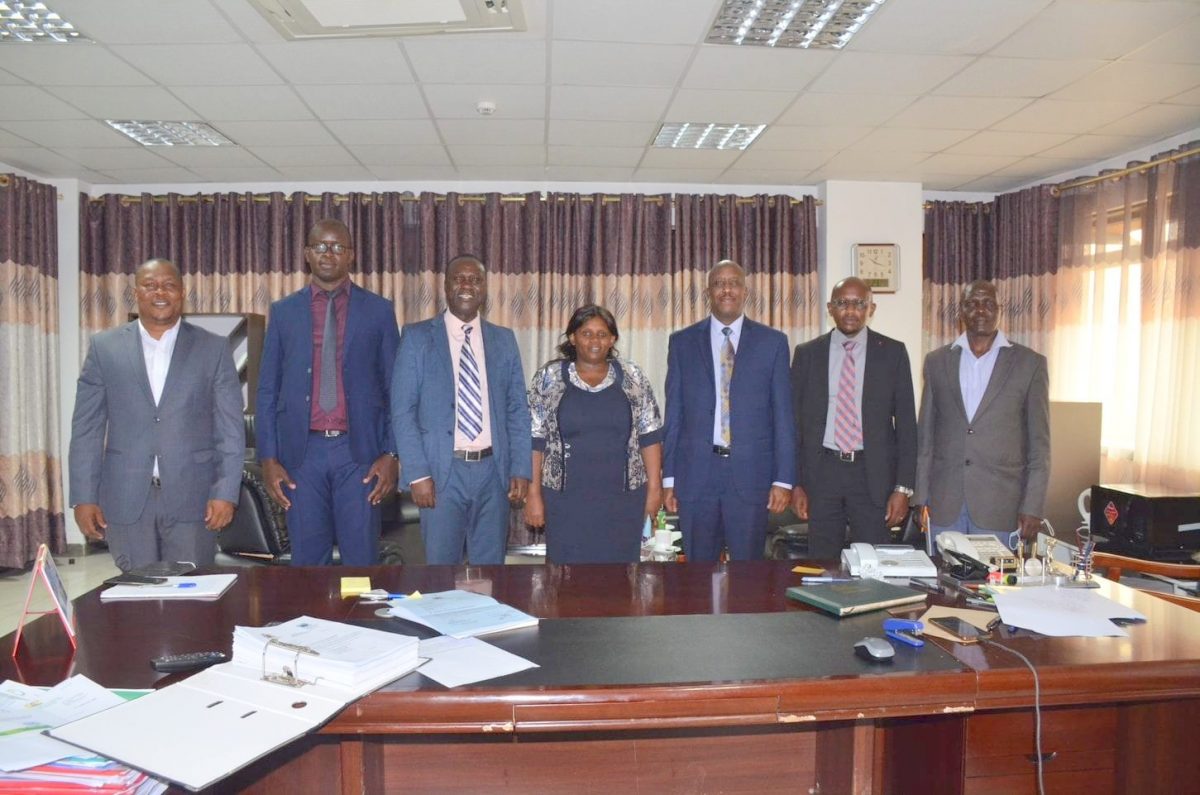 On Wednesday, 23rd February 2022, Col. Hilary B. Kipkosgey, the Ag. Director General, Kenya Space Agency (KSA), paid a courtesy call on Prof. Walter Oyawa, the Director General NACOSTI to discuss matters of mutual interest to the two organizations. He was accompanied by Col. Andrew Nyawade, Lt. Col Mercy Kamau and Mr. Charles Mwangi. Also in attendance in the meeting was Mr. Stephen Situma and Mr. Chepkonga Komen who are both Senior Analysts in the Physical, Industrial and Energy Sciences Schedule in NACOSTI.

The Ag. Director General of KSA highlighted Kenya Space Agency’s mandate on the delivery of space services, which includes space observations for various incidents; space navigation and its applications; and space communications. All of this is intended to help the social economic sector by providing timely data for advisory and decision-making purposes.

He also explained the Agency’s mandate of developing national space capability. This aims to secure opportunities for space science training and capacity building, as well as to identify research programs at universities to increase interest in space science. It also mounts targeted activities for primary and secondary schools to instill curiosity and interest in space science through the formation of “Space Clubs” and the creation of content in the form of books.

In furtherance of the agency’s mandate, Kenya Space Agency wishes to work closely with NACOSTI in areas of mutual interest.

On his part the DG, NACOSTI, welcomed the DG of Kenya Space Agency and his team and pointed out several areas of that can be of mutual interest to the two organizations.

Amongst these areas are the following: