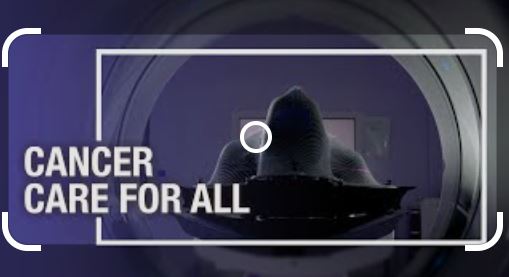 The International Atomic Energy Agency (IAEA) launched a plan today to tackle a severe shortage of cancer care capacity in many poorer countries, with an initial focus on Africa where people often die from the disease because they lack access to potentially life-saving nuclear medicine and radiotherapy.

Stressing that time is of the essence in addressing a growing global cancer crisis, Director General Rafael Mariano Grossi announced the IAEA’s Rays of Hope initiative on the eve of an African heads of state summit in the Ethiopian capital Addis Ababa. Of the African Union’s 55 members, more than 20 nations do not have a single radiotherapy machine.

“Millions of people living in less developed countries are dying from cancer that is often treatable and curable. We have a moral duty to do our utmost to turn this sad situation around,” he said.

Adding further weight to the initiative, Director General Grossi issued a joint statement with Director General Tedros Adhanom Ghebreyesus of the World Health Organization (WHO), saying cancer treatment remains inaccessible in many parts of the world and that “the disparity is particularly acute” in Africa.

“Together, and with Rays of Hope adding new impetus, the IAEA and WHO remain committed to upscaling their long-standing close collaboration toward common goals, closing the cancer care inequity gaps and accelerating progress toward the achievement of the 2030 UN Agenda for Sustainable Development,” the joint statement said.

The total number of cancer deaths worldwide is forecast to rise by 60 percent in the coming two decades, to 16 million people every year, with the low- and middle-income countries – in Africa and elsewhere – suffering the brunt of this global health tragedy with mortality rates far above those in wealthier regions.

Rays of Hope builds on the IAEA’s six decades of experience and expertise in nuclear science to diagnose and treat different types of tumours. It aims to mobilize financial resources and partners and to galvanize political will to step up the fight against a scourge killing many who could have been successfully treated with modern medical technology.

It will seek to promote cancer care for all by improving availability of radiotherapy services, medical imaging and nuclear medicine that are critical for detecting and curing this disease. This would not only avoid countless deaths – 700,000 people succumbed to cancer in Africa alone in 2020 – but also provide significant societal and economic benefits.

“Rays of Hope offers a way forward to remedy the global disparity in cancer care, with concrete projects that set up or expand the required infrastructure, procure radiotherapy equipment, and train personnel,” the IAEA’s Grossi told the audience of African leaders and senior government officials. “It will allow us to save many lives and support communities and economies that depend on the health of their people.”

Over 70 percent of cancer deaths are expected to occur in low- and middle-income countries, which still receive only five percent of global spending in this area. In Africa, cancer kills at least as many people as malaria each year. Adding to the challenges, the COVID-19 pandemic caused a large drop in nuclear medicine procedures in Africa.

“This silent pandemic gets only a negligible share of the funding available elsewhere and for other diseases. That is why the IAEA’s Rays of Hope starts in Africa and then moves to developing countries in the rest of the world,” Director General Grossi said. “Together, we can do something important to deal with the cancer crisis in Africa and elsewhere.”

Stark differences in cancer survival rates between rich and poor countries underline both the urgent needs and the huge potential to save more lives. For cervical as well as childhood cancers, seven out of ten patients survive in high-income countries compared with three or less in Africa.

Closing the gap in imaging, treatment and quality of care could avert 2.5 million African cancer deaths, according to a 2021 Lancet Oncology Commission report co-authored by the IAEA. The economic gains are equally clear: for every $1 spent with this objective, the return on investment is calculated at $21 over patients’ average lifetimes, the report says.

IAEA assistance over the past several decades has enabled dozens of countries to establish or strengthen safe, secure and effective radiation medicine capabilities. But more resources are necessary to bridge a persistent and enormous shortfall in necessary equipment and skilled personnel in many parts of the world.

Rays of Hope will establish a coalition of partners and donors from government, the private sector and the wider international community, working closely also with the WHO. Several countries have already expressed their intention to support the initiative.

Even relatively small investments – setting up and operating a radiotherapy unit able to treat 500 patients per year can cost US$7.5 million – will make a significant difference in a country’s capacity to offer adequate cancer care to its people.  Half of all cancer patients need radiotherapy, a ratio that goes up in countries where cancer is often detected late.

“Responding to the needs of Member States will be a priority under Rays of Hope to improve cancer treatment in Africa,” said Shaukat Abdulrazak, Director of IAEA Division for Africa.

To help fill the existing funding gaps, the IAEA has prepared three different types of packages for donors and other partners of up to US$16 million, depending on the needs of countries. Each package – which can be scaled up – would cover capital expenditure for a treatment unit as well as staff training in operating it.

“The packages that have been developed by the Agency do not only look at upfront costs of infrastructure, procurement and training, but also at equipment maintenance so that the centre that opens will still be viable and sustainable down the road,” said Lisa Stevens, Director of the IAEA’s Programme of Action for Cancer Therapy (PACT).

Research and development form a crucial part of Rays of Hope as it will yield more effective treatment solutions ahead.

“Innovative solutions can play an extremely important role in helping to cover access needs for cancer care,” said May Abdel Wahab, Director of the IAEA Division of Human Health. “While we must expand capacity by procuring equipment and training staff, research will also contribute by – for example – optimizing the number of radiation treatment sessions needed and finding efficiencies to treat more people with less.”