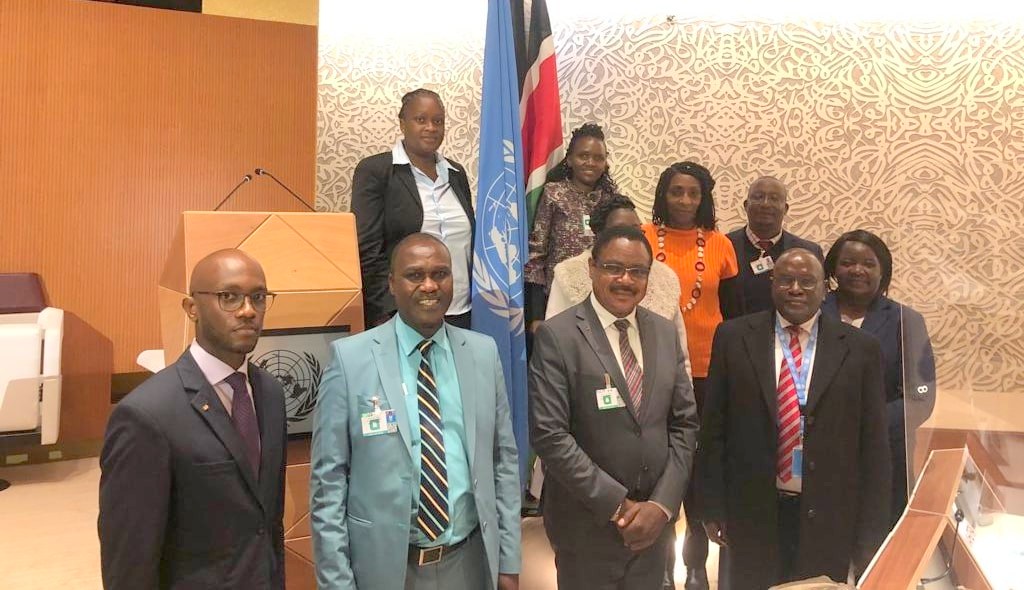 Remarks to the 2021 Biological Weapons Convention Meeting of States Parties

The Biological Weapons Convention is one of the key international security agreements that guard against the threat of weapons of mass destruction. It is an honor for me to join you and colleagues from other States Parties, and I assure you that the United States will do its best to support you as you guide our discussions.

For the past two decades, efforts to strengthen the Convention have been treading water. Useful discussions here have led to some small steps and actions at the national level. However, States Parties have been unable to agree to more significant action. We face a biological weapons threat that is real, serious, and, in many respects, growing. Some states continue to possess sophisticated, well-established biological weapons programs, while non-state actors have shown continuing interest in acquiring BW capabilities. Additionally, widespread availability of sophisticated scientific and technological tools and methods is gradually eroding barriers to the development of biological weapons.

While COVID-19 was not the result of a biological weapon, the pandemic is a wake-up call for all of us. The astonishing human toll of the pandemic has illustrated our shared vulnerability to novel pathogens. Unprecedented efforts are now underway to strengthen international health security, but we need to address not only the latest challenge, but those that may lie ahead, whether natural, accidental, or deliberate in origin. To do so, we must strengthen the BWC, as National Security Adviser Jake Sullivan said in his November 19 statement. The status quo is neither acceptable nor up to the task. We must take action to ensure that the Convention can effectively address the challenges we face now and in the future. We cannot keep treading water.

The first step is to overcome the political impasse of the last twenty years. We envision a two-pronged approach. The Review Conference should take near-term, concrete action to strengthen the Convention and benefit States Parties. These actions include further operationalizing assistance under Article VII; establishing a voluntary fund for technical cooperation; creating a mechanism to review advances in science and technology; deepening collaborations on biosafety and biosecurity; staffing the Implementation Support Unit to carry out these roles; and enabling more agile decision making. The second way forward is for Review Conference to also take steps to address the harder issues. It should establish a new expert working group to examine possible measures to strengthen implementation of the Convention, increase transparency, and enhance assurance of compliance. Such an effort should consider both advancements in science and technology as well as changes in the nature of the threat. As we are all acutely aware, a great deal has happened in the last two decades. It could be useful to build on some approaches suggested in past discussions, but our efforts should not be defined by them.

Mr. Chairman, these are significant steps. The decision to propose them is not one the United States made lightly. It involved considerable deliberation at senior levels, and we are prepared to put in the time, effort, and resources needed to support such an effort. I want to assure you and everyone present that the United States intends to play an active and constructive role to help ensure the success of the Ninth Review Conference.

To that end, I am proud to announce the State Department intends to a dedicate a senior official position to drive forward these new initiatives. The official will be focused on working with our allies, partners, and the international community to strengthen the BWC. This initiative underscores the United States’ fundamental belief in the importance of solving these critical biological issues.

Mr. Chairman, the COVID-19 pandemic has galvanized international awareness of our shared vulnerability to the potentially catastrophic consequences of biological threats. It is a wake-up call. Together, we must heed that call and take real, meaningful action to revitalize the Convention. The United States is committed to working, together with all Parties, to bring the Convention fully into the 21st century.