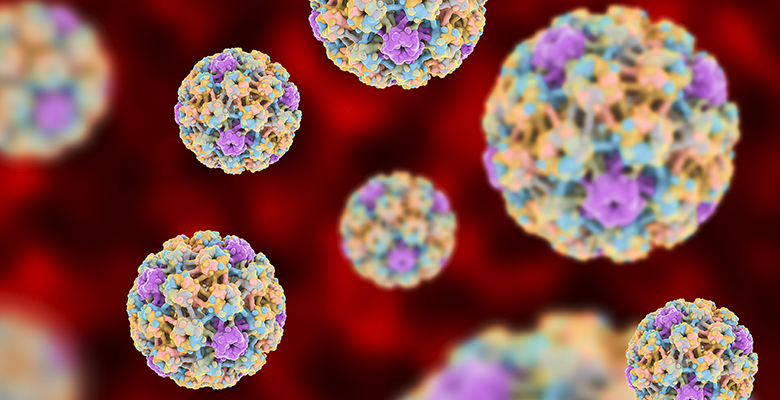 In the push to eliminate cervical cancer, researchers delivered hopeful news Nov. 17 at the 34th International Papillomavirus Conference in Toronto.

A randomized controlled trial of 2,275 women in Kenya showed that a single dose of the human papillomavirus (HPV) vaccine was highly effective. The current standard for women is a three-dose regimen.

“These findings are a gamechanger that may substantially reduce the incidence of HPV-attributable cervical cancer and positions single-dose HPV vaccination as a high value and high impact public health intervention that is within reach for us,” said Kenya Medical Research Institute (KEMRI) Acting Director General, Prof. Sam Kariuki.

Prof. Kariuki added that KEMRI is pleased with the effectiveness findings of the Kenya Single-dose HPV Efficacy (KEN SHE) study conducted by Kenyan researchers Dr. Nelly Mugo, Dr. Maricianah Onono, Prof. Elizabeth Bukusi and Dr. Betty Njoroge and Ruanne Barnabas, a Professor of global health at the University of Washington School of Medicine.

“The single-dose vaccine was highly effective at 18 months for HPV vaccination,” said Dr. Barnabas and adds, “the single-dose efficacy was the same as multiple doses.” She intimated that the KEN-SHE trial could help the World Health Organization reach its goal to have 90 percent of 15-year-old girls vaccinated against HPV by 2030. She said a single-dose vaccine would simplify logistics and decrease costs. Currently just 15 percent of women are vaccinated, according to an analysis published in March in Preventive Medicine, which outlined a course of action to eliminate the disease.

Like many African countries, the Kenya HPV vaccine program rollout has faced the challenges of vaccine delivery, low uptake of the second HPV dose coupled with global HPV vaccine shortages. According to Prof. Kariuki, “a single-dose HPV vaccination schedule could alleviate financial and logistical barriers that we currently face. KEMRI will work closely with the Ministry of Health and the researchers in the translation of these findings into action and ensuring that every girl and young woman gets this single shot”.

In the trial, adolescent girls and young women 15 to 20 years old were randomly assigned a therapy and followed from December 2018 to June 2021:

The majority of participants (57 percent) were between 15 and 17 years old and most reported one lifetime sexual partner (61 percent). To be eligible, participants needed to be sexually active, have no more than five lifetime partners, be HIV-negative, and have no history of HPV vaccination.

Researchers said more studies need to be done to test how long the vaccine lasts.

“This trial brings new energy to the elimination of cervical cancer. It brings great hope to the women living in countries like Kenya, who have a high burden of the disease,” said Dr. Mugo, senior principal clinical research scientist with the Center for Clinical Research at the Kenya Medical Research Institute in Nairobi. She also is a UW associate research professor of global health.

Researchers said one impetus for the trial was the cervical cancer ward at the Kenyatta National Hospital in Nairobi. They said they want the ward empty.

“I believe that I will see cervical cancer eliminated in my lifetime,” said Dr. Onono with KEMRI. “So, let’s do this — one shot for every woman!”

According to the WHO, most sexually active women and men will be infected with HPV at some point in their lives and some will be repeatedly infected. The peak time for acquiring infection among both women and men is shortly after becoming sexually active. While nine out of 10 HPV infections go away by themselves in two years, others lead to cancer of the reproductive system, mainly cervical cancer. HPV also can cause cancers of the cervix, vagina, vulva, penis, and oropharyngeal cancer (throat, tongue, and tonsils).

Worldwide, cervical cancer kills a women every two minutes, according to the WHO Director General Dr. Tedros Ghebreyesus. Most of those deaths are in Africa, which bears 80 percent of the cervical cancer burden, according to the WHO. This trial comes 15 years after the U.S. Food and Drug Administration approved the first HPV vaccine. Merck produced Gardasil in 2006, which prevented four types of HPV (6/11/16/18). Since then, two other HPV vaccines have been introduced: Cervarix (which prevents HPV 16/18) was approved in 2009, and Gardasil-9, which prevents an additional five high-risk HPV types, was approved in 2014. However, due to cost and limited vaccine supply, coverage has been low in areas with the highest cervical cancer burden.

Barnabas said women have been given multiple doses of the HPV vaccine because of gaps in evidence for the effectiveness of a single-dose vaccine and concerns about clinically meaningful differences in efficacy.