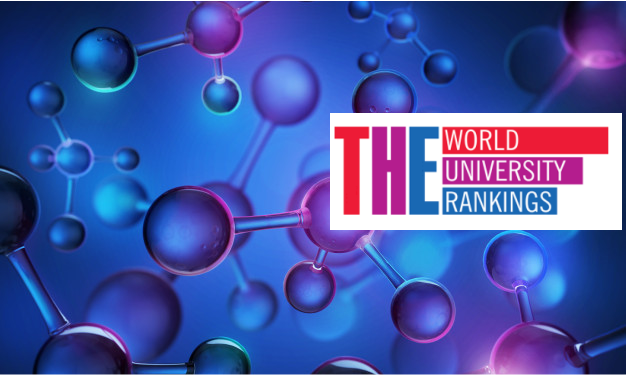 The United Kingdom’s University of Oxford – which led the way in the global search for a COVID-19 vaccine – has topped the Times Higher Education (THE) World University Rankings for the sixth year running.

It was followed by California Institute of Technology and Harvard University, both joint second, Stanford University and the University of Cambridge.

The top 10 is dominated by the United States with eight spots and the UK with two and comprises the same top 10 institutions as last year, although a few have changed places.

In a year dominated by the ongoing COVID-19 pandemic, the rankings, which were released on 1 September, reflect the vital role of universities in understanding and managing the crisis. A number of institutions saw significant boosts in their citation scores – which examine universities’ research influence and look at their role in spreading new knowledge and ideas – from COVID-19 focused research.

A number of medical universities moved up the table since last year following COVID-19 research. These include mainland China’s Capital Medical University (501-600), Taiwan’s Asia University, Taiwan (501-600), Saudi Arabia’s Umm Al-Qura University (601-800) and Estonia’s Tallinn University of Technology (601-800). They all moved up at least one ranking band as a result.

Mainland China continues its rise up the table, with Peking University and Tsinghua University (at joint 16th) claiming mainland China’s highest ever finish, and giving it two top 20 places for the first time.

This year, Japan, South Korea, Russia, Singapore, New Zealand and Hong Kong all claim their best ever finishes in the top 200 since the current methodology was introduced in 2016.

Phil Baty, chief knowledge officer at THE, said: “The world’s elite universities have enjoyed a long period of dominance at the top of the table with help from historic reputation, global status and reliable income.

“But our data shows us that there are clear shifts happening across higher education around the world. We are already seeing clear disruption to the established norms from mainland China, and record highs for Japan, South Korea, Singapore and Hong Kong show that Asia is continuing to benefit from the focus and investment in higher education across the continent.”

The highest number of new entrants are from the US (14), helping it achieve a record number of ranked institutions as a result (183). Following closely behind are Iran and Russia, both with 12 new entrants, Turkey (11), Brazil and India (both nine).

Once again, the US is the most represented country or region in the ranking (183 universities). It is followed by Japan (118), the UK (101), mainland China (97) and India (71). Fiji, Azerbaijan, Ecuador, Ethiopia and Palestine are all represented for the first time. Except for Ecuador (six), these debut countries and regions see one unversity appear in the table.

Baty said: “In the coming years it will be interesting to see whether the US, UK and other world-leading higher education systems can respond to the challenges of COVID-19, including attracting international academic and student talent, and a possibly serious impact on already stretched funding, to hold onto their positions at the very top of the table.”

A record 1,662 universities from 999 countries and regions were ranked by the THE World University Rankings 2022, 136 more than last year. An explanation of the methodology used can be found here.

The key developments by region are as follows:

Across the rest of the continent, Singapore’s National University of Singapore (21st) and Japan’s University of Tokyo (joint 35th) claim their countries’ highest ever finish under the current methodology (introduced in 2016), while Hong Kong sees a record four universities rank in the top 100, as Hong Kong Polytechnic University (91st) climbs 38 places.

Germany’s seven universities that rank in the top 100 either improve or maintain their previous ranking positions, as Free University of Berlin climbs 35 positions to 83rd – its first top 100 finish since 2018.

All four of Belgium’s insitutions in the top 200 climb positions since last year, with Ghent University (joint 96th) achieving a top 100 position for the first time under the current methodology.

The Latin American region sees its highest ever representation in the THE World University Rankings (125), with debuts from 18 universities, nine from Brazil, six from Ecuador, and one from each of Argentina, Colombia and Peru.

The US once again holds the record for the most universities in the ranking. However, although the US also retains the record it set last year of eight positions in the top 10, a steady decline of its top institutions further down the table is still apparent. Only four of its 23 universities in the top 50 managed to improve their positions from the previous ranking, as 11 lost places (eight maintained).

This mirrors a similar theme of recent years, following increased competition from institutions from Asia and the rest of the world.

Canada’s institutions also appear to suffer from the competition, with five of its seven representatives in the top 200 losing places. Nonetheless, the University of Alberta (125th) moves up to achieve its best rank since 2018 (where it ranked joint 119th).