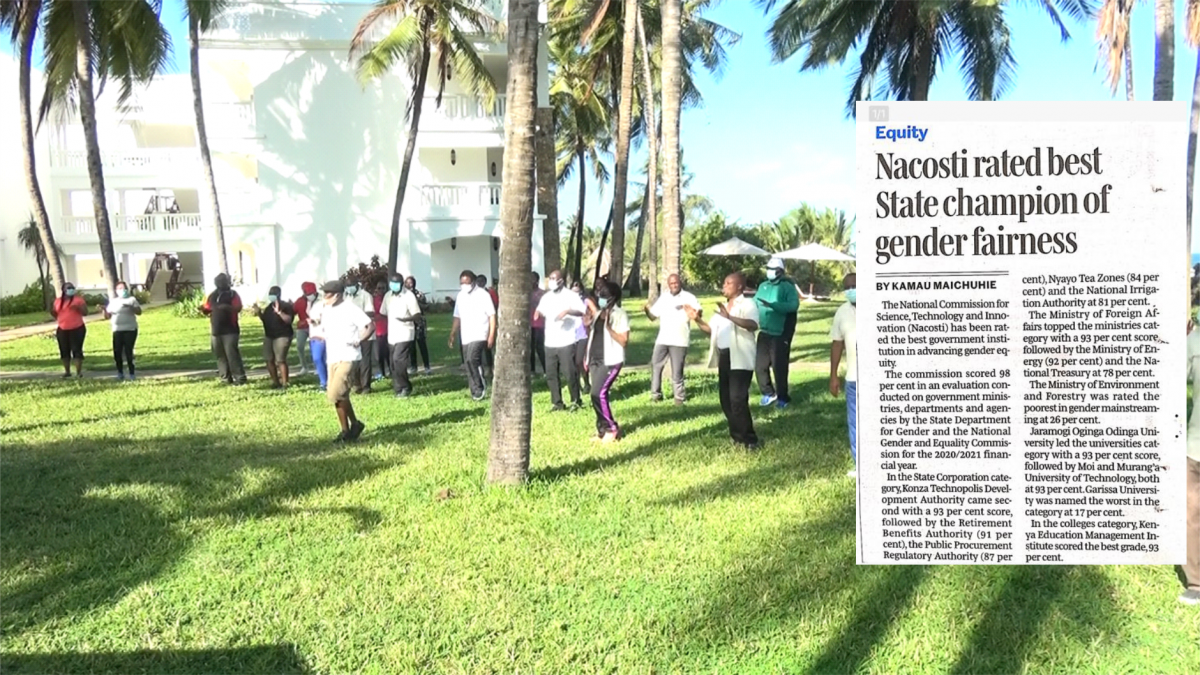 The National Commission for Science, Technology and Innovation (Nacosti) has been rated the best government institution in advancing gender equity.

The commission scored 98 per cent in an evaluation done by the State Department of Gender and National Gender and Equality Commission (NGEC) on gender mainstreaming in government departments for the 2020/2021 financial year.

In the State corporation category, Konza Technopolis Development Authority came in second with 93 per cent, followed by Retirement Benefits Authority (91 per cent), Public Procurement Regulatory Authority (87 per cent), Nyayo tea Zones (84 per cent) and National Irrigation Authority at 81 per cent.

The Ministry of Foreign Affairs topped the ministries category with 93 per cent followed by the Ministry of Energy (92 per cent) and National Treasury at 78 per cent.

The ranking lists the Ministry of Environment and Forestry as the worst at 26 per cent.

Jomo Kenyatta University of Science and Agriculture and University of Kabianga also posted impressive results scoring 92 and 92 per cent respectively.

Garissa University was named the worst performing at 17 per cent with Rongo University following closely at 25 per cent.

In the colleges’ category, Kenya Education Management Institute emerged the winner with 93 per cent with Nachu and Eldama Ravine technical and Vocational Institutes registering the lowest points at 31 per cent each.

Another indicator used was development, review of a workplace policy on gender-based violence and the implementation of a GBV policy.