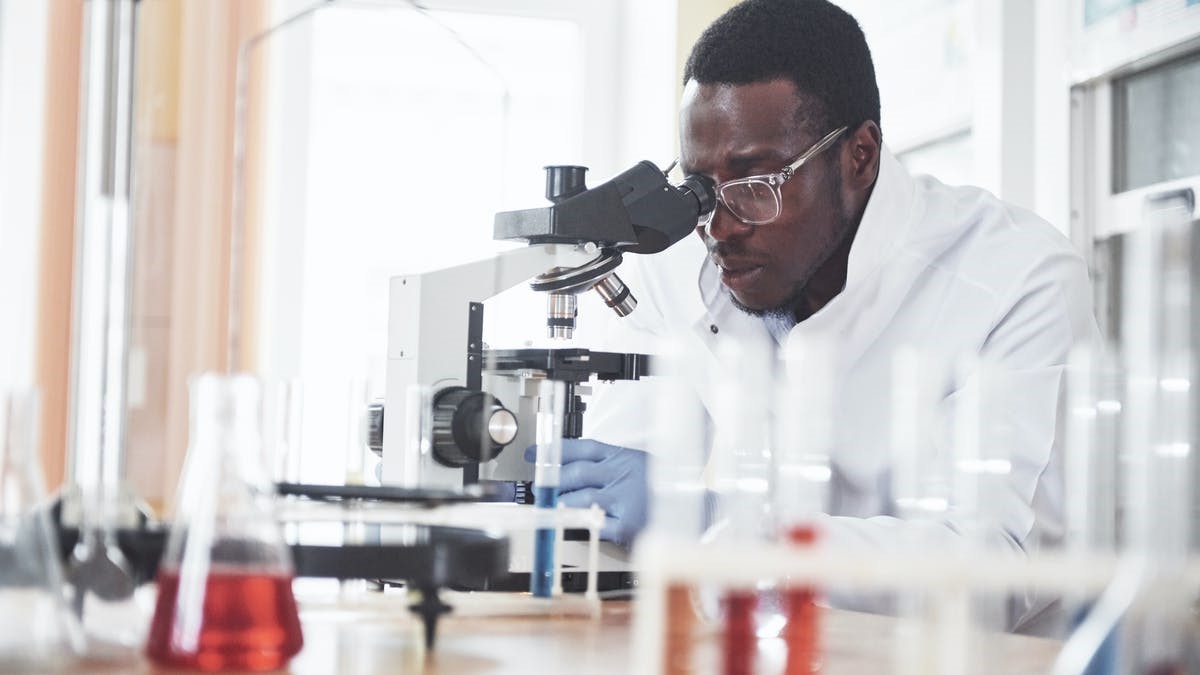 For others, their mission involves excellence in teaching, learning, research and community outreach programmes. Yet others aim to work collaboratively with international researchers for mutual benefits.

Is this just a hollow rebranding exercise? Alternatively, are these serious commitments that the institutions are striving to attain? These questions can best be answered by carefully but persistently observing the organisational culture in the universities making those statements.

Yet it is doubtful if a university could attain research excellence or contribute to national transformation of its country through the creation, application and transfer of knowledge without a vibrant scientific research culture.

Why a scientific research culture matters

This suggests that African universities that foster a scientific research culture are more useful to Africa’s socio-economic development relative to those that principally concentrate on teaching.

Fostering a scientific research culture in African universities is critical to improving the human conditions in Africa. Africa has a chequered colonial history and it continues to be haunted by its colonial past. In light of its colonial history, Africa needs a critical mass of intellectuals and scholars whose primary interest and mindset is the well-being of the continent.

Furthermore, scientific research is a major driver of social and economic innovation in that it produces new knowledge, skills and attitudes which are crucial for economic growth and technological development. Africa needs this to gain an economic competitive advantage and to improve the living conditions of its burgeoning population of young people.

Africa is immensely disadvantaged since it continues to import and consume on an enormous scale research knowledge from the Global North. While such imported research is of excellent quality, it is ineffective at addressing African-specific problems. This is why African universities need to foster a scientific research culture in order to increase their research output.

Given that knowledge and skills taught in African universities are primarily imported from the Global North, a dichotomy between institutional knowledge and African indigenous knowledge has formed.

Scientific research studies of African diseases and public health are critical to improving mortality and morbidity rates in Africa and also address the diseases that plague people of African descent living in other parts of the world.

Tackling these development challenges requires the cultivation of a scientific research culture in the universities, alongside a vigorous research agenda.

What is a scientific research culture?

There is a lack of literature on what constitutes a scientific research culture in higher education.

Nevertheless, Dr Linda Evans from the University of Leeds’ definition of a research culture is the most appropriate. She defines a scientific research culture as “shared values, assumptions, beliefs, rituals and other forms of behaviour whose central focus is the acceptance and recognition of research practice and output as valued, worthwhile and pre-eminent activity”.

In addition, researchers unanimously agree that a scientific research culture is not built on a one-off project but rather a continuous series of projects and policies intended to make research practice and output an entrenched value, belief and a singular part of the institution’s personality and character.

Some researchers in the field also endorse the notion that an institution needs five fundamental building blocks to foster a scientific research culture: capacity-building, infrastructure, leadership, funding and collaboration.

However, leadership is the most important of these in that the other four elements depend considerably on it. For example, collaboration, an essential building block of a scientific research culture, involves bringing departments, faculties and schools together to do scientific research.

Accordingly, collaboration requires participatory decision-making, relationship-building, communication, information sharing and team spirit. All these fall under the purview of leadership.

It should also be noted that a scientific research culture is a subculture of an overarching organisational culture built on shared values, beliefs and assumptions and a sense of how people behave towards each other, how decisions are made and how work activities are performed.

In some cases organisational culture is written down in the form of mission and vision statements, strategic plans and human resources policies, but in others it is unwritten.

Formal institutional leadership in universities consists of the chancellor (or president), vice-chancellor, deans, heads of departments, programme directors and the registrar.

Without a doubt, these people at the top echelons of an institution have positional authority, but leadership in terms of scientific research could also spring from the rank and file of lecturers and professors who are able to exercise considerable social influence on colleagues individually or collectively.

Indeed, institutional leadership when it comes to fostering a scientific culture is not necessarily a top-down phenomenon. Leadership in this sense is the social process of guiding and influencing people toward the achievement of specific goals or objectives.

An ineffective institutional leadership is detrimental to the development of a scientific research culture in African universities.

For example, the vice-chancellor of a small public university in West Africa launched an online journal with the purpose of publishing research and scholarly articles in energy development and management. After publishing a few articles in the first volume, enthusiasm for the journal waned, mainly because the editor of the journal could not get enough submissions. Even getting reviewers was a huge problem for the editor.

This is predictable in the sense that other elements of a research culture had not been developed at that university. For instance, academic staff had no formal training in scientific research and there was no general attempt to explain its importance.

Additionally, the university did not establish any incentives, symbolic or monetary, to encourage research practice and output. Most importantly, the university had not encouraged collaboration between researchers within and outside the university; nor had the institution’s leadership modelled what a research culture might look like.

This is the case where research is an entirely new phenomenon in the institution and where a sense of its importance is missing in the wider society.

It is institutions’ leadership team who will create and mobilise the necessary resources needed for scientific research as well as muster the political will needed to develop an institutional research capacity.

The development of research capacity is an indispensable part of research culture. This includes providing more training to potential and active researchers within the university, getting senior researchers to mentor and coach junior researchers and providing minimum research infrastructure such as laboratories, equipment, libraries and effective systems of information storage, retrieval and utilisation.

It also entails lobbying for more government funding as well as tapping private funding sources, both local and international.

In addition, it involves developing policies and guidance and related initiatives that support the success of researchers in all stages of their career, for example, decreasing the workload of academic staff engaged in scientific research.

An institution’s leadership also seizes the slightest opportunity to raise awareness of the importance of research to administrative and teaching staff, communities and government officials through oral, digital and written communications – and it creates coalitions that understand this and are committed to achieving it.

Initiatives such as graduate research conferences where graduate students can present their own research findings, research symposiums for both students and faculties, and research awards which reward excellence are also important for fostering a scientific research culture in a university.

Fostering a scientific research culture in a university means that students at undergraduate and masters level understand research theories and practices. At the bachelor degree level students should study the nature of evidence, analyse that evidence, summarising articles or book chapters and practise referencing authors of digital documents, websites, newspapers, magazines and academic journals via direct and indirect quotes. Equally, they should learn how to formulate a thesis.

These research skills could be integrated across the curriculum or developed as standalone courses, addressing the constant refrain that it is too expensive to teach undergraduate students these skills.

The real apprenticeship for scientific research starts with masters degree students. Consequently, masters students should be well-grounded in methods of data analysis, both qualitative and quantitative, as well as techniques for data collection and transcribing. They should also be assessed on their ability to produce research papers as well as written examinations. And students who opt for research-based masters degrees should be given support and offered incentives.

Doctoral students should be considered mature research apprentices. They constitute a pool that should be tapped and used for either maintaining or growing the scientific research culture of the institution. This benefits both the students and the institution: students get opportunities to develop their research craft while the institution gets access to a low-cost pool of nascent researchers.

Nevertheless, where there is practically no scientific research culture in existence, it is important to assess how the institution functioned without it and how it could function when one is introduced. Regardless of the situation, leaders need a strict code of conduct and relationship-building skills.

Dr Eric Fredua-Kwarteng is an educator and policy analyst in Canada.