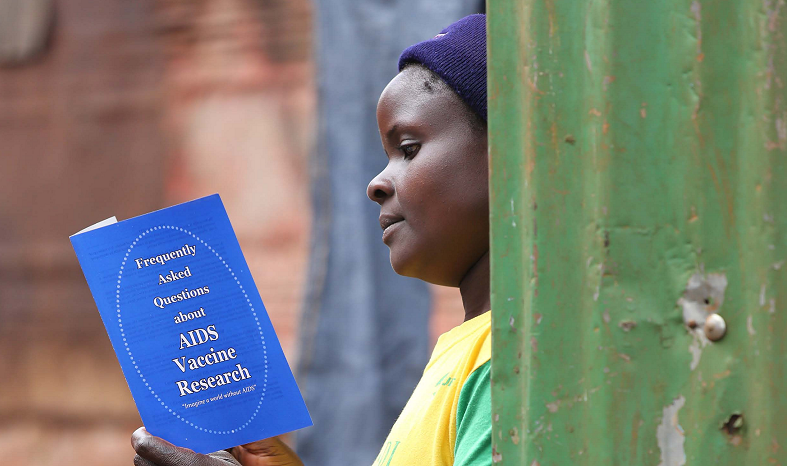 STRek is an EDCTP funded project aimed at strengthening research ethics in Kenya. It consists of a partnership between University of Nairobi, National Commission for Science, Technology and Innovation (NACOSTI) and Kenyatta National Hospital, the largest teaching and referral hospital in Kenya.

NACOSTI through its National Bioethics Committee (NBC) is the body tasked to provide national ethics oversight for all researches involving humans in Kenya, a feat achieved through delegation to its accredited research ethics committees (RECs). In the recent years the NBC has accredited several new RECs whose members require the necessary training to efficiently carryout their duties of reviewing research proposals adequately for the protection of research participants.  A key role of NBC is to ensure that RECs have the capacity to uphold ethical conduct of research within their respective jurisdictions. STReK aims to strengthen  functionality, performance and recognition of NBC which can be sustained through time. STReK overall objective is to support NBC to achieve 2 major milestones namely to: establish systems to enable it to provide the necessary research ethics oversight; and train and provide mentorship for REC members to efficiently review research proposals for better protection of research participants in Kenya. By the end of the proposed activities, STReK anticipates that NBC will have strengthened its operational systems and improved its functionality. This will be achieved through the development of the long-term strategic plan which will outline the current status and goals of NBC and draw a roadmap on how to achieve the goals within a measurable timeframe. This will help in planning, resource mobilization and allocation. The developed strategic plan is also expected to provide the strategic direction by which RECs should align their activities to. STReK is also assisting NBC to review its standard operating procedures (SOPs) and Guidelines to improve efficiency. It is envisaged that the developed Strategic Plan and revised SOP and Guidelines will provide an enabling environment for NBC to optimally engage its stakeholders. STReK will also upgrade NBC ICT infrastructure for efficient reporting, consultations and supervision of RECs and create a web database of REC members, for networking and consultation among them. It is hoped that the upgraded ICT infrastructure will improve NBC’s information strategy in relating with its stakeholders to transparently disseminate policies and share updates in research ethics. This will in addition make it easier for NBC to keep abreast with the activities of all accredited RECs and promptly identify any that may need support. Furthermore, it will  facilitate timely reports, including status of studies in Kenya, thus improving on the efficiency of its oversight role. A robust ICT infrastructure will in addition facilitate generation and access to databases of crucial information like clinical trial registries, training records of reviewers, standard curricula and available expert reviewers across the RECs. NBC functionality will further be supported by setting up the training system for NBC and REC members, including obtaining access to an internationally accredited research ethics training platforms.

To improve the capacity of NBC and REC members in ethical review and oversight in health research, STReK is using a research ethics training package developed by NBC  to train at least 120 members by the end of the grant period building the capacity of RECs to facilitate best conduct of clinical trials in compliance with fundamental international ethical principles and relevant national legislations. STReK will also establish a structured mentorship programme for REC members consisting of practicums at mentorship sites. It is foreseeable that the development of interaction between the established RECs and newly created ones will lead to a more integrated and coordinated clinical trial environment in Kenya. The anticipated efficient review of protocols by the built capacity, the quality and reliability of data emanating from clinical trials carried out in Kenya will immensely improve. With improved oversight and proposal review systems more researchers will be encouraged and initiated into research culture with some researchers hopefully initiating local clinical trials especially targeted for locally important conditions. It is anticipated that with time (within 3 years) at least 15 RECs in Kenya should be able to approve and oversee multinational trials while maintaining international ethical standards. It is assumed that the RECs involved will be supported by their institution to perform as per their developed SOPs. With improved coordination and oversight of activities, facilitated through REC networking, a reduction in turnaround times in reviews of clinical trials in Kenya.  Through REC peer mentorship, It is envisaged that at least one more REC in the country will attain international accreditation so as to increase the local capacity to absorb international multicentre clinical trials. By obtaining and maintaining international accreditation and establishing national and regional networks with other ethics committees and regulatory bodies, NBC will also achieve regional and global recognition. Peer mentorship visits and peer appraisal mechanisms established together with improved systems of operation are expected to ease pressure on NBC oversight and coordinating role demands to allow more time on development of policy and legislation roles

At the end of the grant period, 22 REC members will have undergone the mentorship programme. In the last year of the grant, NACOSTI will organize a research ethics conference to facilitate networking between established and newer RECs for benchmarking, experience sharing and learning. Invitations will be extended to other National Bioethics Committees in Eastern Africa Region and its members, and at least one EU-member state.

The aims of STReK are in line with the objectives of EDCTP2 of strengthening scientific capacity for clinical trials in endemic countries, which has research ethics as one of its component. This will enhance the conduct of phase 2 and 3 clinical trials in multicentre and multinational sites required due to the large number of study participants needed. STREK also supports EDCTP2 requirements that clinical trials be carried out in full compliance with internationally recognised ethical principles.