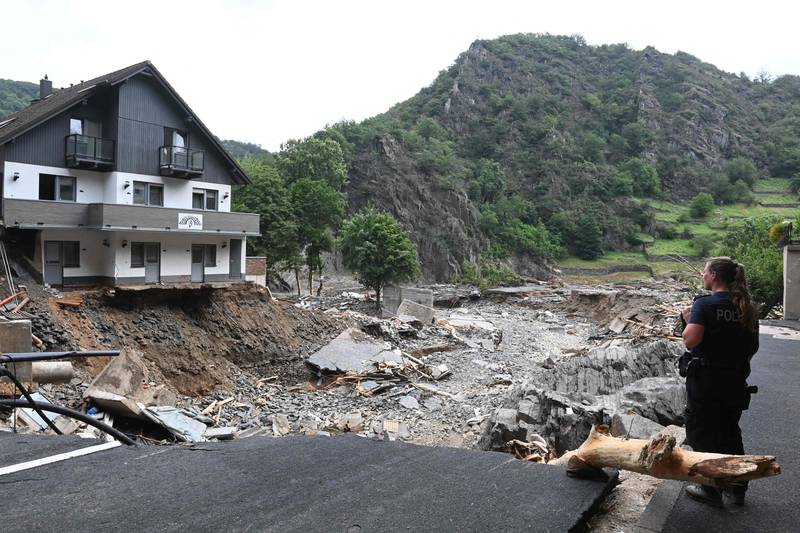 Climate change will lead to a mental health crisis as people are forced out of their homes and witness natural disasters, it is feared.

But acting to protect green spaces and areas with rich ecosystems can both protect the climate and improve mental health, experts believe.

Extreme weather is expected to become more common because of global warming, with the recent flooding in Germany widely seen as an example.

This is likely to cause particularly severe crises in places that are already disadvantaged because of poor infrastructure or inadequate health care.

“We can expect the mental health impacts to be quite immense in communities that are feeling the brunt,” said Kathryn Bowen, a climate expert at the University of Melbourne.

“It’s really, really vital for policymakers to understand that many communities are experiencing shocks one after the other,” she said, in analysis published by the International Science Council.

It said that gradual changes in the environment could be distressing for people who feel an emotional attachment to an area. Protecting natural habitats is one of the priorities of the Cop26 climate summit.

More dramatic changes such as disasters which force people out of their homes could cause stress and difficulty sleeping.

As Cop26 host, the UK is urging countries to prepare for natural disasters by building storm and flood defences. Developing nations say they need more funds from rich countries.

Katie Hayes, a policy analyst at Health Canada, told the ISC that the pandemic had prompted more discussion of mental health during a crisis.

“We’re normalising this conversation and it’s really starting to bring mental health to the forefront.”

A survey by US psychologists found in March that more than two thirds of adults felt some degree of “eco-anxiety”. This was defined in 2017 as “chronic fear of environmental doom”.

The initiative Future Earth named the mental health impact of global warming as one of 2020’s key insights in climate science.

It said that aid workers could be given more mental health training in order to address the psychological effect of the crisis.

This might be necessary because people are forced out of their homes by climate change and find themselves living in shelters.

In addition, protecting what experts call green and blue spaces — including seas and rivers as well as parks and woodlands — could protect mental health as well as wildlife.

London’s green space was estimated to save £370 million ($515m) per year in mental health costs even before the pandemic.

During the UK’s prolonged lockdowns, the use of parks more than doubled in London as people took up one of the few available options for recreation.

The ISC’s analysis suggested that the mental health impact of climate change should be built into risk assessments as countries prepare for global warming.

“With the impacts of climate change projected to become more severe, there’s a clear need for a proactive approach to improving mental health provision and building resilience in the healthcare system,” it said.

“With regular reminders in the media of how the climate is changing — and why we should care — we are all potentially at risk of feeling a generalised sense of stress and uncertainty about climate change.”