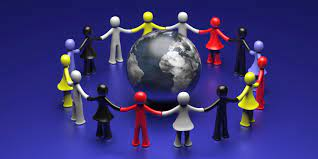 Domain 5: Freedom and responsibility in science

An ongoing social revolution in many societies is concerned with combating racism and gender stereotypes, recognizing the value of all and ensuring inclusivity. These issues are as important in science as they are in wider society. At the same time, political destabilization and the climate emergency have led to a new era of displacement of peoples seeking refuge in other countries. These pressures have also tended to inhibit freedom in the practice of science, while endemic inequalities have undermined the capacity of many states to support the science systems they need.