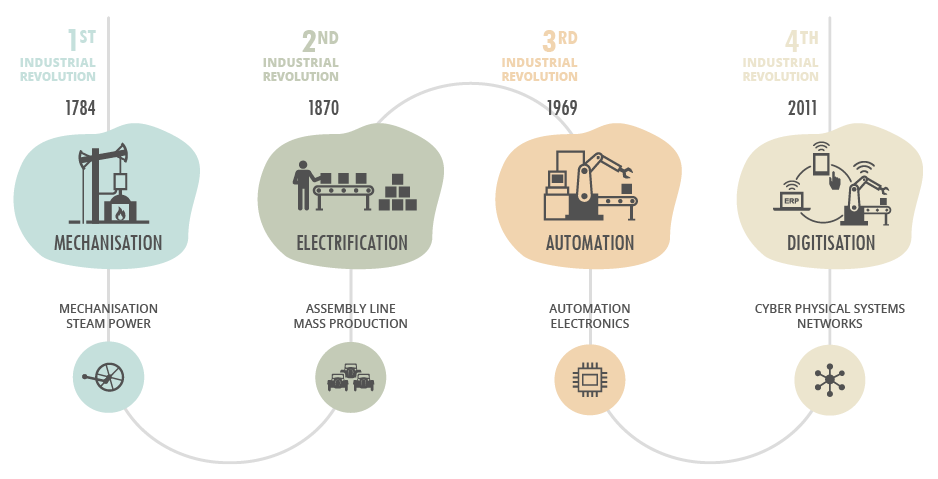 Columbus, Copernicus, Michelangelo, Medici were all celebrated explorers of their day – they navigated the unknown, be it terrestrial, celestial, artistic or socio-economic. They lived in an era when creative expression, literacy and learning was revered. This age of humanism led to a resurgence of universities being built as centres of education and influence that in time, propelled civilisation towards modernity.

As our creative capacity fuelled the arts, music, philosophy, language and literature, our pursuit of empirical knowledge drove discoveries in science, technology, engineering and maths. Both mindsets contributed to the intellectual capital, which ultimately transitioned into the first Industrial Revolution.

It seems as though technology and commerce have eclipsed humanism. If Hollywood block-buster dystopian dreams were to be believed, humans become subservient to anatomical AI – a world where the machines dominate. Even though the promise of machine-led certainty has its utopian appeal – especially given the tempestuousness of 2020 – we think the time has come to move beyond the 4th Industrial Revolution in favour of the 5th.

The 5th Industrial Revolution (5IR) is where humanism, civility, inclusivity, creativity and purpose will thrive alongside profit and digitally-enabled progress. But how will we get there?

As with the first Renaissance, which propelled intellectual curiosity as a means to unleash human potential, we’re at a point in time where ‘learning’ is being transformed. Universities that became complacent with government subsidies, a plethora of international students and traditional educational models are finding themselves at a crossroads in need of a new compass.

In Australia, the current skewing of tertiary education towards science, technology, engineering and maths (STEM) subjects and regulating access to the humanities, will entrap the entire nation in the 4th Industrial Revolution – prohibiting a generation from the promise of the 5th.

The very qualities we will need in our economy – wisdom, critical thinking, creativity, novelty and complex conceptualising – will not be realised unless we turn STEM into STEAM, adding the ‘A’ of arts and humanities to bring balance to an advanced society. Rather than attempting to channel every high school student into engineering and IT, we should ask why philosophy is not taught to most Australians. Avoiding literature, history, philosophy, the classics and art history, will be the kiss of death for a nation.

As centres of education, our universities are at the forefront of this debate which demands a bold decision. Revert or reinvent. IQ or EQ… we believe both should be offered in equal measure.

Pandemic-enforced seclusion has rekindled the lust for learning in many of us. New online platforms and apps have emerged from everywhere. LinkedIn Learning has become a phenomenon in its own right, surpassing its own growth projections. Britons in the UK “invested over 1.3 million hours learning new skills over the past year, a 153 per cent increase compared to the previous year,” according to data from LinkedIn.

In fact, a global survey conducted last year revealed that employees and employers are seeking a mix of soft and hard skills, believing that “real innovation flows from soft skills like creativity and curiosity, in addition to STEM skills.”

Formal educational institutions must take heed of digital competitors where students are encouraged to ‘craft their own curriculums’ to prepare themselves for the future. In turn, millions of dollars are spent on corporate training every year, but we’re seeing a shift in their investment portfolio as they try to find a better balance between ‘training’ to develop a way of doing, to ‘education’ to shape a way of being. We believe curiosity and creativity are the new currency of commerce.

A place where profits, purpose and people can thrive together

To quote Jim Collins, “Greatness is not a function of circumstance. Greatness is a matter of conscious choice”. The events of 2020 raised the bar on ‘choices’, elevating a company’s role and responsibilities in society.

Organisations that successfully navigated the pandemic and those which will thrive in the 5IR have realised that to build value, they must recognise a different model of profitability. As organisations and society look beyond the 4IR, we need to make “conscious choices” to ensure we create a place where profits, purpose and people can thrive together.

The choice is not whether to focus on profit or purpose or people, the answer is all three. It is critical for organisations to remain profitable, so they can fulfil their purpose and invest in growth and their people. For us to move confidently as a collective beyond the 4IR, it is time to integrate purpose and unlock latent human potential by connecting individuals’ purpose and passions to a shared vision, and foster a community of action.

Integrating purpose into an organisation, however, is not easy.

If it is not, then it becomes a marketing exercise and another corporate buzzword doomed to fail.

As the rate of disruption increases and the problems to be solved become more complex, algorithms are not the sole answer – no matter how sophisticated our technologies have become. We will need increased human creativity to meet these challenges.

The 5IR is the time to embrace a new combination of human-machine collaboration, so that we can liberate ourselves to focus on those uniquely human capabilities that machines have not yet mastered, such as creativity, complex decision making, leading teams and empathy.

Technology automates processes, reduces costs and increases speed but, ultimately, we will need to innovate and create something new and novel if we are to continue to advance. It is time for us to rediscover the value of uniquely human capabilities to enable profits, purpose and people to thrive together in the 5IR.

Looking back to the 21st century from the 22nd, what will we see? We hope it will be the convergence of a liberated human-centric ethos enabled by advanced technology – an epoch where the Renaissance redefined the Revolution. Where the orderliness of AI intersected with the messiness of humanity to create a greater good, and institutions became the centres of noble purpose.

Fact, fiction or fantasy? The choices we make will determine our path.

Should we give machines embedded intelligence? Should we extend people’s lives? It will be up to us. The Renaissance-infused 5th Industrial Revolution is ours for the shaping and making ‒ there’s no time like the present to begin.