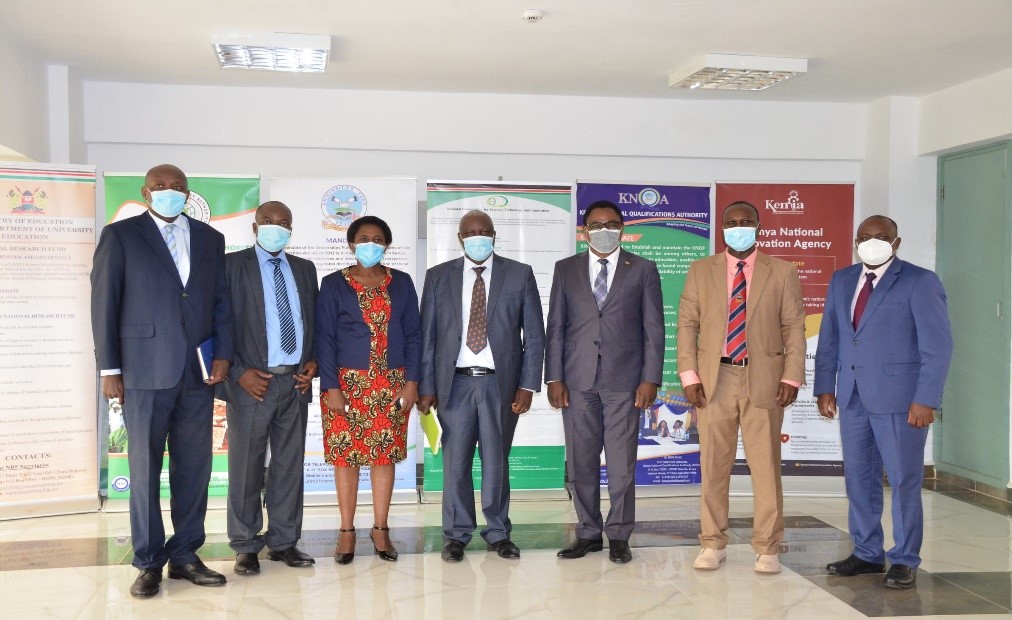 The Principal Secretary, State Department for University Education visited NACOSTI Headquarters on 10th February 2021 to get firsthand knowledge on progress made towards relocation of several SAGAs to NACOSTI Building. Present during the visit were the Director General, NACOSTI as the host, CEOs of Universities Fund, KNQA, NRF, National Biosafety Authority and KENIA.

In his remarks during the joint meeting, the Principal Secretary-SDUER thanked NACOSTI Management for accommodating the SAGAs and facilitating their comfortable stay. He noted that the SAGAS had settled well, where some had already partitioned the space allocated. He noted that his Ministry will make effort to assist SAGAs wherever necessary. In response, the host of the meeting, Prof. W. Oyawa thanked the Principal Secretary for finding time to visit NACOSTI Headquarters to share his words of wisdom. He noted that the relocation of SAGAs has facilitated a near one-stop-shop/service of key agencies in the Science, Technology and Innovation (STI) sector.