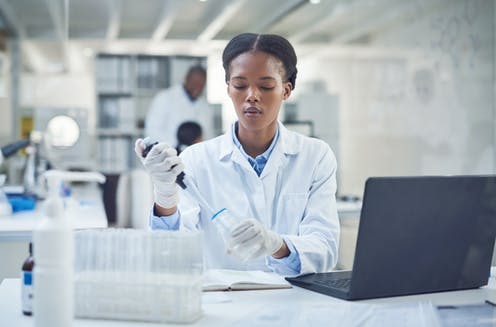 No country in Africa is spending 1% of its gross domestic product (GDP) on research and development although, globally, spending on science and the number of scientists have been rising in the past five years, a trend that was pushed further by the impact of the COVID-19 pandemic, according to UNESCO.

Launching UNESCO’s latest science report, The Race Against Time for Smarter Development, Audrey Azoulay, the director-general of UNESCO, called for more investment in science in the face of growing crises, in order to make science less unequal and more open to all communities.

Today’s challenges, such as climate change, biodiversity loss, a decline in ocean health and pandemics, are all global and that is why we must mobilise scientists and researchers from all over the world, said Azoulay on June 11.

The issue is that, whereas spending on science worldwide increased by 19% between 2014 and 2018, China and the United States accounted for 63% of that hike.

According to Shamila Nair-Bedouelle, UNESCO’s assistant director general for natural sciences and also the director of the publication of the report, only 32 countries in the world raised their research spending by 0.1% or more of their country GDPs during that period.

Even then, on average, investment in research and development as a share of GDP in Sub-Saharan Africa rose from 0.49% in 2014 to 0.51%, an insignificant increase of 0.02 percentage points.

UNESCO noted the pool of researchers per million inhabitants grew by 13.7% during the same period, an increase that was about three times faster than the global population growth of 4.6%.

According to the report, this translated into 8,854 million full-time researchers, a surge that was highly dominated by China, whose researcher pool grew by 11.5% between 2014 and 2018.

“On average, expenditure per researcher globally increased by 1.6%,” said Susan Schneegans, the editor-in-chief of the UNESCO science report series, during the launching of the latest report.

But, despite the small global share, the report highlighted several African countries that were among 38 countries in the world that had increased their researcher density per million inhabitants by more than 15% between 2015 and 2018.

Global trends in scientific publishing were heavily dominated by high-income and upper middle-income countries, while Africa’s global share of scientific publications rose marginally from 2.81% in 2015 to 3.5% in 2019.

During the same period, Sub-Saharan Africa’s global share of scientific publications also increased, albeit a much smaller growth, from 1.41% in 2015 to 1.8% in 2019.

What this means is that, although there are indicators in the report that scientific research in the world today is a landscape of economic and academic power, there has been progress in Africa, especially in the increase of publications in niche areas such artificial intelligence and robotics, materials science, energy, biotechnology, nanoscience and electronics.

According to Erika Kraemer-Mbula, a professor of economics at the University of Johannesburg and a member of the team that produced the UNESCO Science Report 2021, between 2012 and 2019, Sub-Saharan Africa more than spiked its research output in artificial intelligence and robotics.

South Africa with 3,774 publications, Nigeria (1,600), Ethiopia (305) and Ghana (231) contributed more than 50% of Sub-Saharan Africa’s total output on artificial intelligence and robotics in that period.

Several countries in the region have made significant progress in the publication of scientific research, with Cameroon cited as having made strides in energy research, while Kenya has contributed 10% of Sub-Saharan Africa’s publications in animal and plant biology.

According to Dr Tiffany Straza, the statistician for the report, there had been a surge in research output on climate-ready crops in Ethiopia, Ghana, Kenya, Mali, Mozambique and Senegal.

“Research on climate-ready crops make up one of the fastest-growing research topics for Sub-Saharan Africa and take the lead among topics with at least 100 publications,” said Straza.

UNESCO attributed the emerging progress of scientific output in Sub-Saharan Africa to the 22 World Bank-supported centres of excellence that had started turning out high-quality graduates where, so far, more than 21,000 students have enrolled in programmes.

Although rising isolationism in global politics was highlighted as reducing traditional sponsorship of training and education programmes in Africa from developed countries, UNESCO noted that some African countries are already getting signals that they should be more proactive in funding capacity- building and research themselves, rather than relying too much on donor support.

In this regard, the report pointed out that the number of active tech hubs and incubators in Africa had more than doubled since 2016 to 744 as of last year. Almost half of them are located in just five countries, namely, Nigeria (101), South Africa (91), Kenya (70), Egypt (55) and Morocco (41).

Even then, outside South Africa which has the most robust patenting record in Africa, the intellectual property regime in the continent has been disappointing, according to the report.

“The high cost of registering intellectual property and the lack of a common system is hindering patenting in Africa and the problem is unlikely to be resolved in the near future, since the Pan-African Intellectual Property Organization is taking longer than expected to become operational,” stated the report.

“Of these patent applications, only 18.4% originated from local residents, according to statistics from the World Intellectual Property Organization’s database,” said Dr Ann Njoki Kingiri, a senior research fellow at the Nairobi-based African Centre for Technology Studies, who was a member of the group that produced UNESCO’s new science report.

In a nutshell, the report raised hopes for African science, as there were indicators that graduates in science, technology, engineering and mathematics were on the rise across the continent.

In most countries, tertiary enrolment in science, technology, engineering and mathematics, or STEM, fields is surpassing 30% in public universities, a factor that may explain the increase in researchers per million inhabitants and volume of research output.