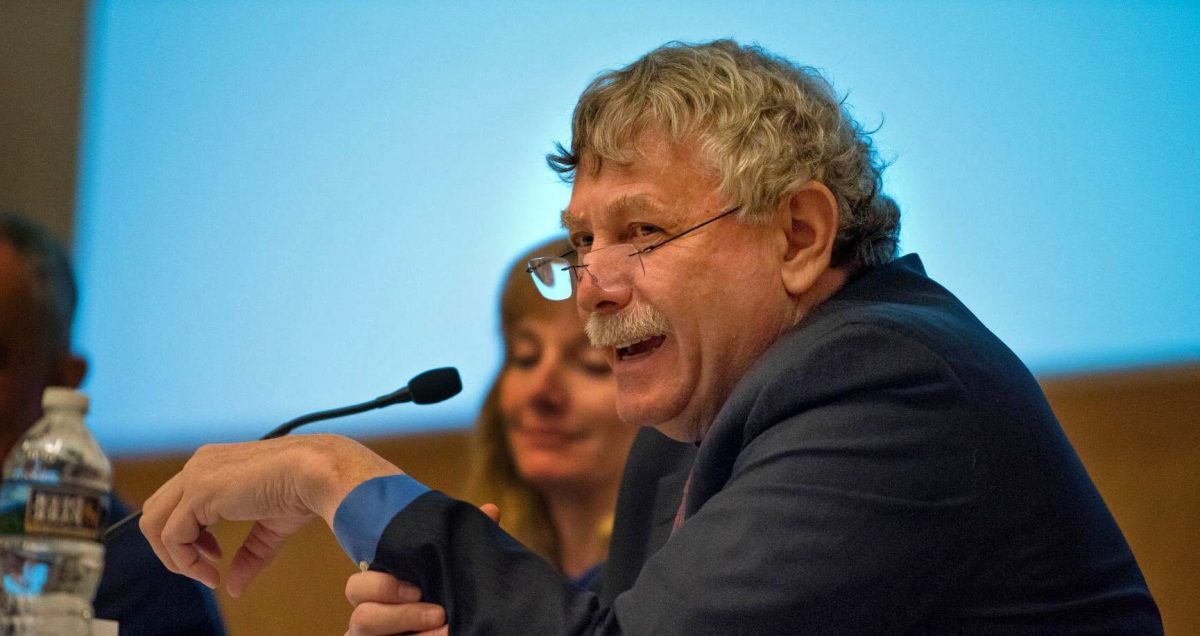 President-elect Joseph R. Biden Jr. announced on Friday that he will elevate the role of science in his cabinet as part of an effort to “refresh and reinvigorate our national science and technology strategy.”

Mr. Biden will nominate Eric S. Lander, the director of the Broad Institute of M.I.T. and Harvard, to serve as director of the Office of Science and Technology Policy, and also appoint him to serve as presidential science adviser. For the first time, the position will be elevated to the cabinet level.

The appointments signal a drastic switch from the role of science in the Trump administration. President Trump left the position of science adviser empty for 18 months, while his administration routinely ignored the guidance of government scientists on issues including the coronavirus pandemic, chemical pollution and climate change.

Mr. Biden has made other White House appointments that could elevate the importance of science in decision-making, such as naming John Kerry, the former secretary of state and a Democratic senator, a special presidential envoy on climate change, and creating a new White House Office of Climate Policy led by Gina McCarthy, who served as the administrator of the Environmental Protection Agency under President Barack Obama.

“Eric Lander is a true Renaissance scientist in his broad grasp of the many fields of science and their interrelationships,” said Marcia McNutt, president of the National Academy of Sciences. “At a time when the nation and the world face complex challenges that will require harnessing the full power of physical, life, environmental, social, biomedical and engineering sciences, Eric is an inspired choice of a scientist of international stature to ensure that science guides sound policy.”In Friday’s announcement, Mr. Biden also announced that Alondra Nelson, a professor at the Institute for Advanced Study in Princeton, N.J., and president of the Social Science Research Council in Washington, D.C., will serve as deputy director for the Office of Science and Technology Policy.

Frances H. Arnold and Maria Zuber will serve as the external co-chairs of the President’s Council of Advisors on Science and Technology, a council of prominent eminent volunteer experts from outside the federal government. Dr. Arnold, a protein scientist at Caltech, won the Nobel Prize in Chemistry in 2018, only the fifth woman to do so. Dr. Zuber, vice president for research at M.I.T., was the first woman to lead a NASA spacecraft mission.

“Science will always be at the forefront of my administration — and these world-renowned scientists will ensure everything we do is grounded in science, facts and the truth,” Mr. Biden said in his announcement. “Their trusted guidance will be essential as we come together to end this pandemic, bring our economy back and pursue new breakthroughs to improve the quality of life of all Americans. Their insights will help America chart a brighter future, and I am grateful they answered the call to serve.”

In 2018, Mr. Trump appointed Kelvin Droegemeier, then vice president for research at the University of Oklahoma, as his director for the Office of Science and Technology Policy. Although Dr. Droegemeier is well-respected for his research on weather, many scientists felt that he was unable to convince Mr. Trump to get behind much meaningful improvement in American science.

“I give him an A for effort, and an F for performance,” a science policy expert said of Dr. Droegemeier to Science Magazine in October.

While keeping a low profile during his two years at the White House, Dr. Droegemeier made headlines in January. He expelled two staff members after they published climate denialist brochures with a White House logo.

Mr. Trump left the President’s Council of Advisors on Science and Technology idle for 33 months. When he reconstituted it in 2019, only one of his appointees was an academic scientist, with representatives of private industry filling out the council.

Dr. Lander, the nominee for science adviser, is best known as one of the leaders of the Human Genome Project. With a doctorate in mathematics, he created elegant methods to sift through genetic data to map genes and discover their functions and roles in diseases.

Dr. Lander went on to establish the Broad Institute, which became a leading center of research on sequencing genomes. Broad researchers also did some of the pioneering work on CRISPR, the technology for editing DNA. Dr. Lander previously served as a co-chairman of Mr. Obama’s science advisory council.

“Our country stands at the most consequential moment for science and technology since World War II,” Dr. Lander said in a news release from the Broad Institute. “How we respond will shape our future for the rest of this century. President-elect Biden understands the central role of science and technology, and I am deeply honored to have the chance to serve the nation.”

In a letter to Dr. Lander that Mr. Biden released on Friday, the president-elect recalled how President Franklin Delano Roosevelt had asked his science adviser, Vannevar Bush, a series of questions about how science could benefit the United States. Mr. Biden presented his own queries to Dr. Lander about improving public health, climate change, technology and ensuring that the benefits of science are fully shared by all Americans.

“I look forward to receiving your recommendations — and to working with you, your team, and the broader scientific community to turn them into solutions that ease everyday burdens for the American people, spark new jobs and opportunities, and restore American leadership on the world stage,” Mr. Biden wrote.