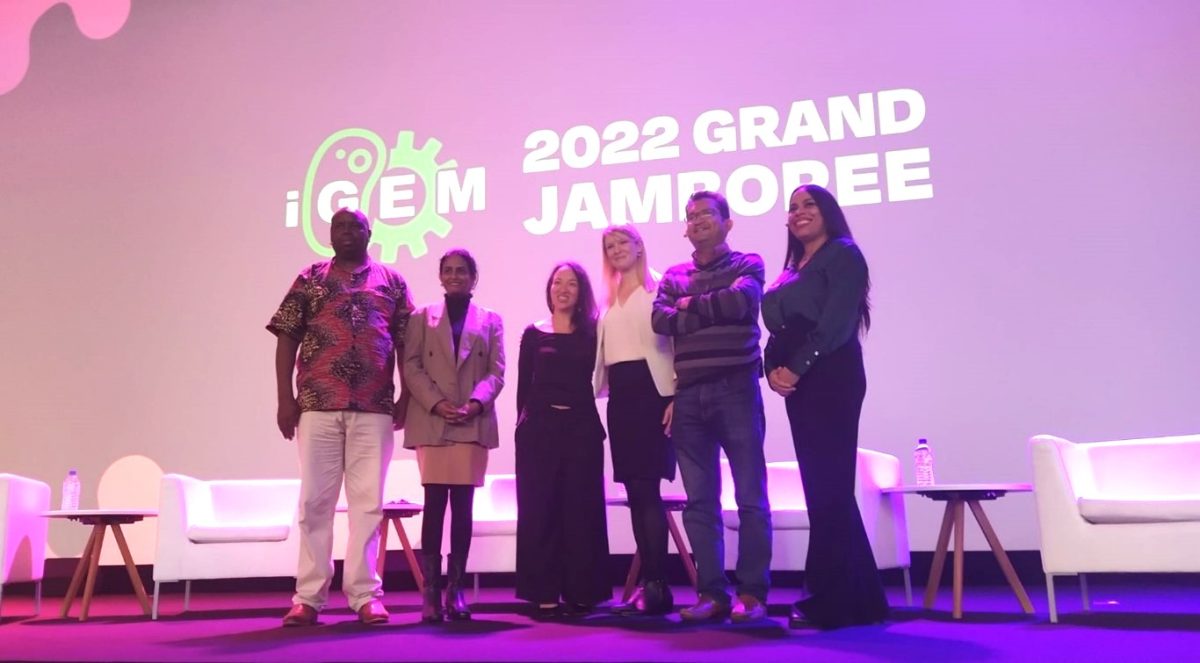 Dr Benson Mburu represented the National Commission for Science Technology and Innovation (NACOSTI) during the iGEM 2022 Grand Jamboree that took place from October 25 to October 29, 2022, at the Paris Expo Porte de Versailles, in Paris, France.

The International Genetically Engineered Machine (iGEM) is a global synthetic biology competition that was initially aimed university students but has since expanded to include divisions for high school students, entrepreneurs, and community laboratories, as well as post-graduates and other researchers. Student teams are given a kit (so called ‘Distribution Kit’) of standard, interchangeable part, they use these parts and new parts of their own design to build biological systems and operate them in living cells.

The teams are free to choose a project, which can build on previous projects or be new to iGEM that develops a novel product answer to challenges in health, environmental pollution, agriculture or food production, cosmetics, and other industrial needs. Successful projects are presented at a scientific conference where they present their projects to each other and to a scientific jury of about 120 judges. The judges award medals, special prizes to the teams and select a ‘Grand Prize Winner’ team as well as ‘Runner-Up’ teams in each division (High School, Undergraduate and Overgraduate). Corporate Present engage the team for start-ups and scaling up that have led to emergency of new companies in participating countries. This year Africa had three teams from Uganda, Ghana and Egypt.

Dr Mburu was invited to participate and represent Africa in the responsibility Conference, a selective event in the 2022 Jamboree that focused on the governance of Synthetic Biology in the areas of ethics, biosafety, biosecurity, inclusivity, and stewardship of this fourth industrial revolution technology. He also participated in the iGEM Jamoree Keynote panel that discussed how Synthetic Biology can be promoted across the globe especially the global South noting how the technological has been critical to COVID19 intervention through testing reagents and vaccine development in record time. Dr Mburu had previously been a member of the UNCBD Ad Hoc Technical Expert Group (AHTEG) on Synthetic Biology and World Economic Forum’s Future Council on Synthetic Biology and Currently is a member of the UNCBD Informal Co-Chairs’ Advisory Group (IAG) on Digital Sequence Information (DSI) a critical component on synthetic biology development.