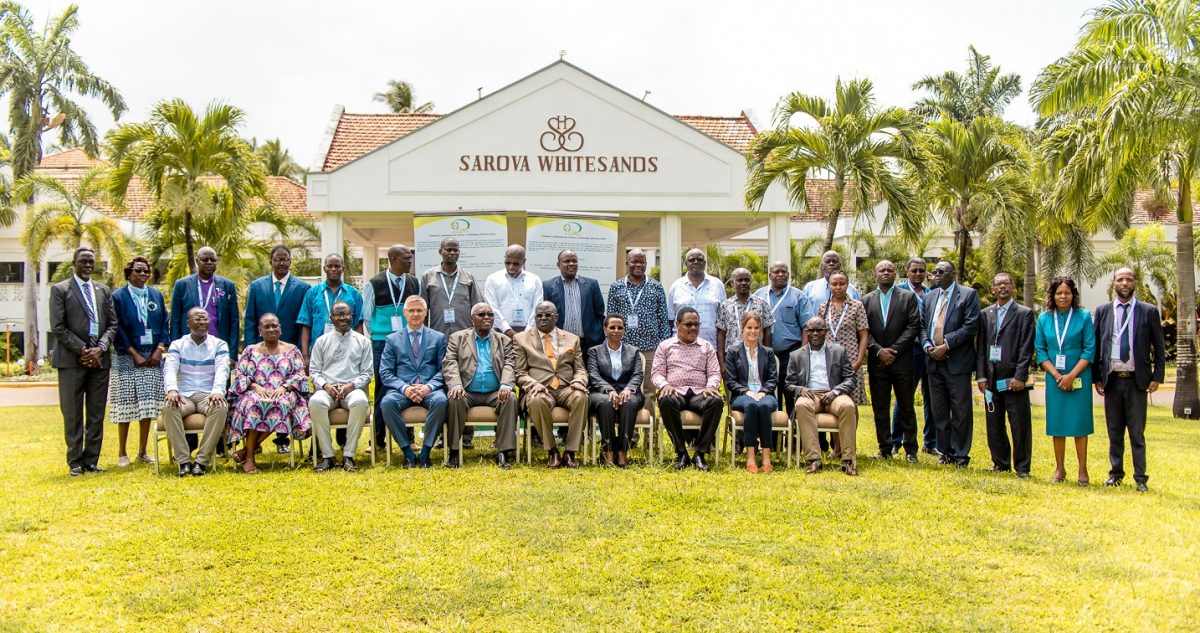 A Regional Workshop on the universalization and effective implementation of the Biological Weapons for East Africa was held in Mombasa, Kenya, on 18-19 October 2022. The event was organized by UNODA’s Implementation Support Unit for the Biological Weapons Convention, in collaboration with the Government of Kenya through the National Commission for Science, Technology and Innovation (NACOSTI).

With close to 100 participants from Comoros, Djibouti, Ethiopia, Kenya, Madagascar, Mauritius, Seychelles, Somalia, South Sudan, Sudan, United Republic of Tanzania and Uganda, the workshop provided a unique opportunity to raise awareness on the Biological Weapons Convention in the region  and identify actions to enhance participation of East African States in a treaty that established a strong norm against biological weapons, while also facilitating assistance, international cooperation and capacity-building on matters such as biological science and technology, as well as preparedness and response to deliberate biological threats.

Officials from the United Nations Regional Centre for Peace and Disarmament in Africa, the Regional Coordination Office for United Nations Security Council resolution 1540 (2004), the European Union Chemical, Biological, Radiological and Nuclear Risk Mitigation Centres of Excellence, Africa Centres for Disease Control and Prevention, the Intergovernmental Authority on Development in Eastern Africa and Parliamentarians for Global Action also attended the event.

The workshop was part of a four-year project on “Supporting Universalization and Effective Implementation of the Biological Weapons Convention in Africa” funded through generous financial support by the Global Partnership against the Spread of Weapons and Materials of Mass Destruction.

Participants welcomed the support offered in the framework of the project, as the COVID-19 pandemic has shown the vulnerability of modern societies to large-scale disease outbreaks, and the need to proactively address biothreats and enhance national frameworks on biosafety, biosecurity and non-proliferation of biological weapons.

They discussed actions to promote the universalization and effective implementation of the Biological Weapons Convention in East Africa, which were considered key aspects for comprehensively addressing biological risks and threats on the continent, as well as at the national and regional levels. In particular, participants and experts considered the tools that are available to contribute to that aim, including adopting implementing legislation, participating in BWC Confidence-Building Measures, and designating national contact points. East African States not yet party to the Biological Weapons Convention welcomed the opportunity to learn about the benefits of joining the Convention.

‘We look forward to implementing the action plans discussed with States during the workshop and hope that these will lead to enhanced participation and implementation of the BWC in East Africa’, said Alex Lampalzer, Deputy Chief of the BWC ISU. ‘Kenya’s strong commitment and interest in the subject is also highly appreciated, as shown in the number of online participants, more than 430, that followed the event’, he added.