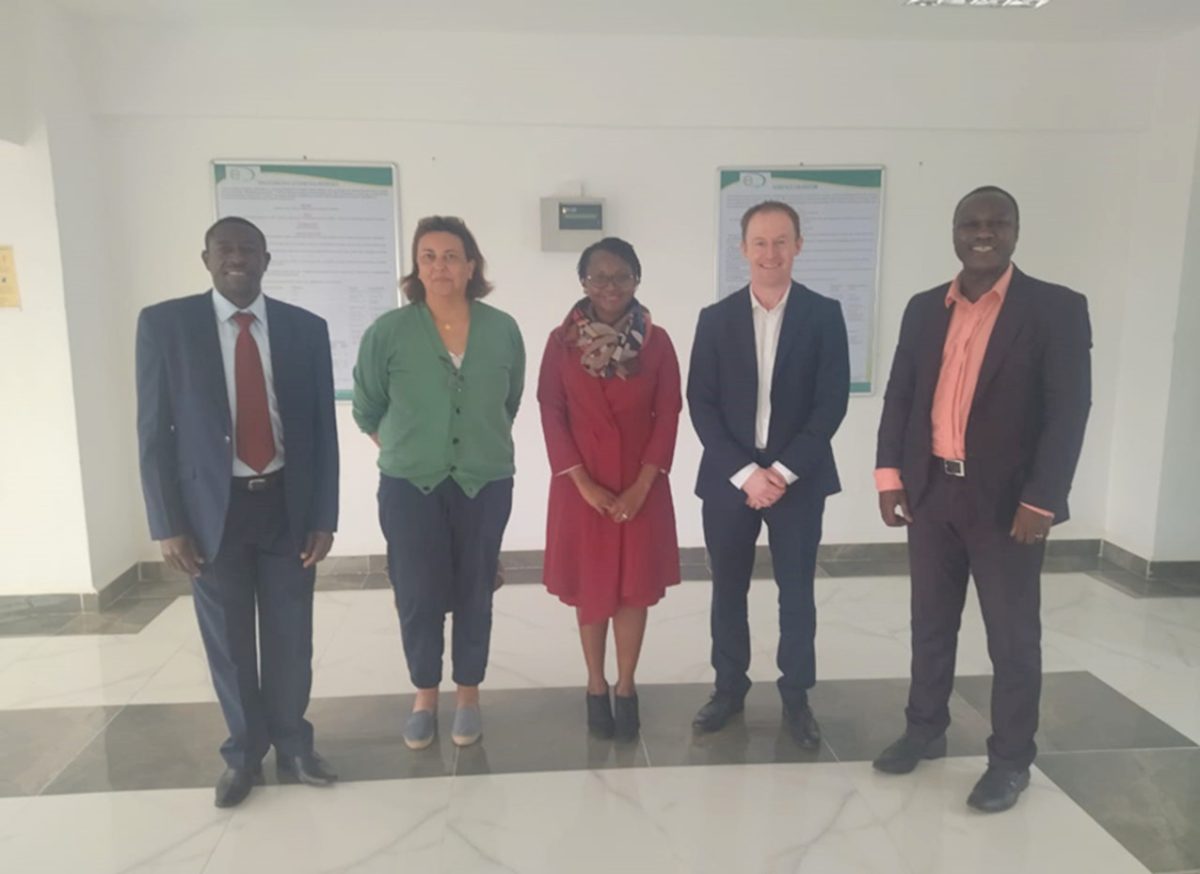 The National Commission for Science, Technology and Innovation (NACOSTI) was honored to host Madam Rachel Youngman, the Deputy Chief Executive and Mr. Dominic Hurley, the Head of International Relations of the Institute of Physics, UK on Thursday 8th of September 2022. The team from NACOSTI was led by Prof. Walter Oyawa, the Director General.

The meeting agenda was to initiate possible ways of collaboration between the governments of Kenya and the UK steered by NACOSTI. The Institute of Physics in UK and Ireland prides itself in having over 22,000 members cutting across academics, senior leadership, businesspeople, and engineering. The UK government is establishing partnership with five African countries that seek to sponsor young scientists majorly in Physics. The government of the UK plans to initiate a UK-Africa Physics Partnership that can fund projects in Kenya, Uganda, Tanzania, Rwanda, and South Africa. There were concerns expressed of low numbers of scientists in physics specifically of the female gender. The two government representatives emphasized that the study of physics is underfunded and that it is a vital component in the STEM studies and research. The aim of the partnership is to work with early career researchers from undergraduate to PhD level. STEM education will anchor what the UK-Africa Physics Partnership intends to achieve.

Madam Rachel Youngman reported that the UK government will explore ways to support the proposed studies on Climate Change, Sustainable Energies, Gender Equality, and Physics. There was a suggestion to link the five countries to form a consortium of a governance body that will oversee the success of the project and work together by developing networks that cut across the various research priorities through exchange programs.

The agreement with the two institutions was to have NACOSTI which is the regulator body for Science, Technology, Innovation and Research mandated by the government of Kenya to be the key driver to this project by advising the government of the proposed study which will scheduled to start in 2023.