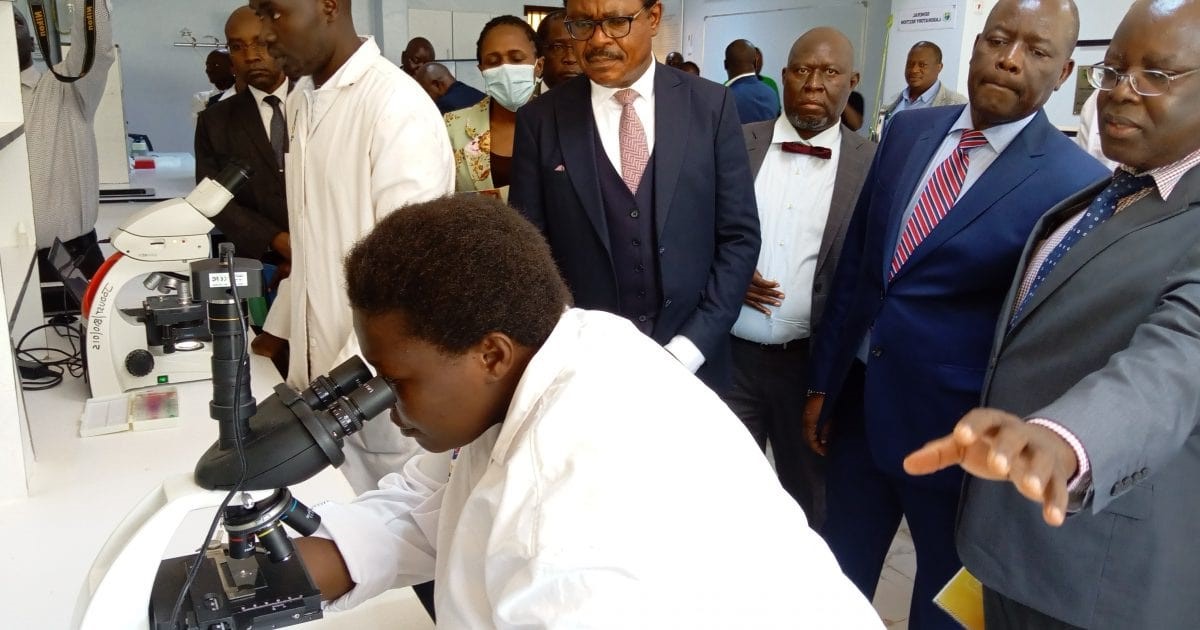 Jaramogi Oginga  Odinga University  of  Science  and Technology  (JOOUST)  has unveiled a modern molecular and  microbiology  laboratory to boost scientific research in the Lake Region.

The laboratory equipped at a cost of Sh33 Million through the  National  Research  Fund (NRF) Infrastructure Support, will  boost  research  in  fresh water, human health and molecular microbiology.

The  modern  technology equipment in the lab will also enable  researchers  and  students undertake advanced cell research on plants and animals through DNA and RNA tests.

Speaking  during  the  commissioning  of  the  laboratory, State Department for University Education Principal Secretary, Amb. Simon Nabukwesi, said the laboratory is a testimony  of  commitment  by  the government in supporting priority areas of science, technology and innovation.

The National Commission for Science, Technology, and Innovation (NACOSTI) has developed the country’s scientific, technological, and innovation priorities in relation to the government’s economic and social policies, as well as the country’s international commitments as mandated by the STI Act of 2013. The Draft priorities has been developed in consultation with stakeholders and benchmarked with global best practice.

Amb.  Nabukwesi  observed that  cell  research  is  vital  for society that wants to advance adding that it is from such research infrastructure that innovations  that  contribute  to the economic and social development of the country emerge.

He  said  the  laboratory  will support  research  excellence by  providing  students  and scientists  with  cutting  edge research skills and knowledge that can continuously be applied to avoid skill loss.

“A  good  number  of  you (academic staff) are educated in  foreign  countries  where the laboratories are equipped with sophisticated equipment. When  you  come  back  and you are unable to practice the same, the knowledge acquired is lost overtime and that’s why we are suffering as a country,” Amb. Nabukwesi said.

The  PS  commended JOOUST,  under  the  stewardship of Prof Stephen Agong, for their commitment and efforts in  ensuring  that  the  university laboratories are equipped through partnership with the NRF  and  acknowledged  the role  played  by  the  university management in achieving the milestone.

He said that the government is committed to improve productivity  of  research  funding by encouraging enhanced migration of science from laboratories  to  the  market  place, improving how it strategically aids  investments  in  public, good  science  that  underpins the  economy,  directly  boosts economic growth.