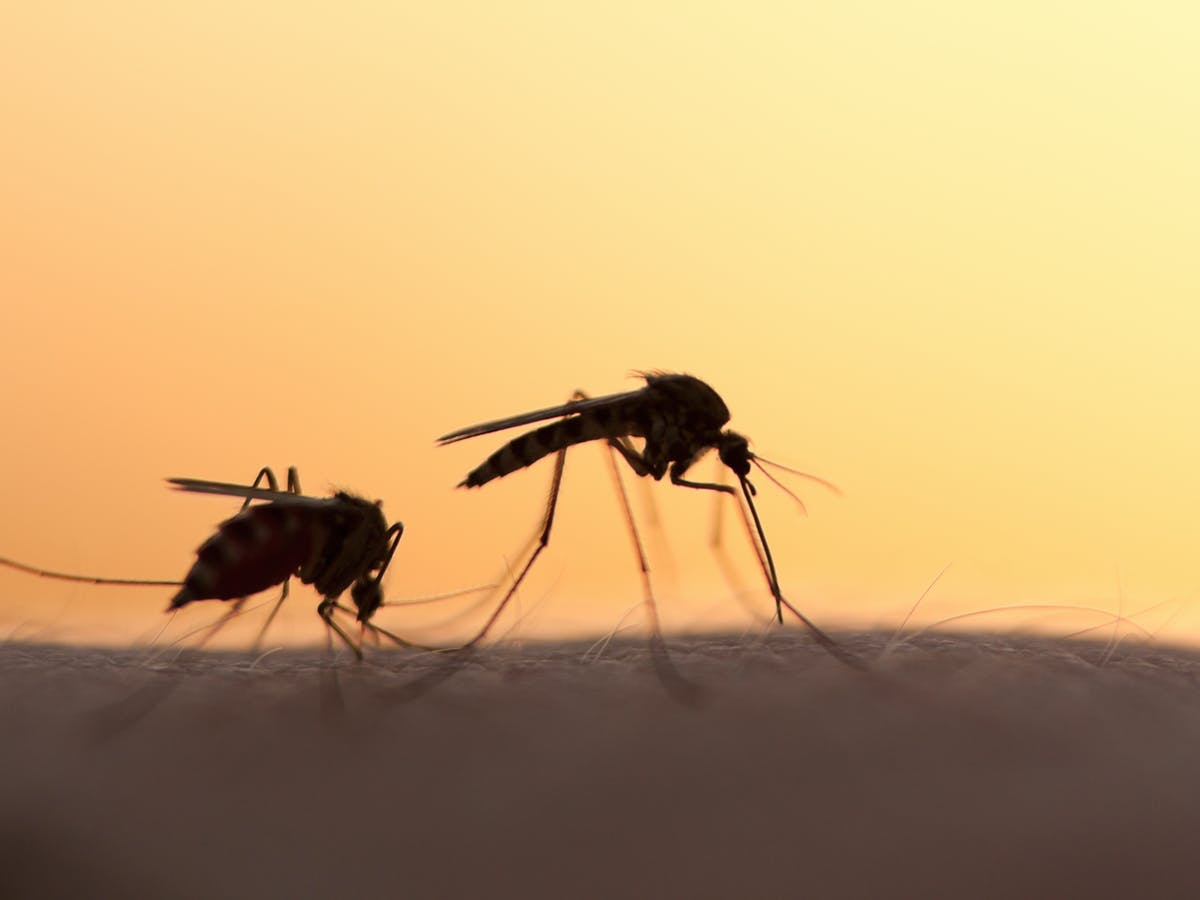 In 2020, the World Health Organization (WHO) estimated that almost half the world’s population was at risk of malaria, while some 627,000 people died from the disease.

Although a malaria vaccine may soon be available (the WHO recommended one for children last year), malaria is just one of several mosquito-borne diseases. And the total number of mosquito-related infections is bound to rise as climate change extends mosquito populations. So, to reduce the burden of disease from malaria and other mosquito-borne illnesses, we need to continue to develop effective tools to control mosquito populations.

A prime target is their mid-air copulation. Mosquitoes’ mating ritual involves a male identifying and pursuing a flying female by detecting her faint flight tone. If the male can’t properly hear the female, then the chase fails and they don’t mate. Reproduction in mosquitoes crucially relies on their sense of hearing.

We studied the behaviour of mosquitoes that cause malaria (the Anopheles gambiae species) to understand more about how males listen out for females to secure a mate. Our results have recently been published in the journal Science Advances.

But first, a bit of background. The mechanism of hearing in mosquitoes is unique, yet poorly understood. The ears of both sexes are near-deaf to each other’s flight sounds, the frequencies of which are simply too high to be audible. To hear each other, they borrow a trick from physics.

A male mosquito therefore needs to fly to hear a flying female. And his own flight tone needs to be within a specific frequency range to generate audible distortion products with a given female.

We listened to mozzies’ flight tones

We recorded the flight tones (or “wing beats”) of mosquitoes in incubators fitted with highly sensitive microphones. Our experiments included looking at 100 males and 100 females in separate incubators, individual mosquitoes (one male or one female, separately), as well as a mixed incubator, with 50 mosquitoes of each sex.

In the incubators, we sought to emulate the conditions of their natural environment with lighting, and by controlling temperature and humidity. We were able to measure the frequency of the mosquitoes’ wing beats across several days and at different times of the day.

We found that male mosquitoes, but not females, altered their flight tones in a daily pattern. By beating their wings roughly 1.5 times faster than the females do, males optimise their ability to detect a single female within crowded swarms.

More than a decade ago, scientists proposed and described an acoustic interaction between males and females as “harmonic convergence”. While they identified the same ratio of wing beats that allow mosquitoes of the opposite sex to hear each other (the equivalent of 1.5 male wing beats to one female wing beat), we found that this happens by default and doesn’t actually require any interaction between the sexes.

Notably, we found the males beat their wings faster at dusk than at other times of the day. This makes sense because in Anopheles gambiae mosquitoes, males predominantly fly around dusk when they form mating swarms, often of 1,000 mosquitoes or more. These swarms are sporadically visited by a few virgin females. As you can imagine, finding a mating partner is not easy.

The males’ increase in wing-beat frequency at dusk changes the frequency of the distortion products, which become more audible to the male ear than those created at other times of the day. So by adjusting their wing beat in the swarm, they’re better able to hear females and increase their chances of finding one to mate with.

The males’ flight tone adjustment is partly driven by their circadian clocks. Flapping their wings faster is likely to be very energy intensive for the males, so they restrict this behaviour to the time of swarming.

What do our findings mean?

It will be important to replicate similar experiments outside the lab, specifically among mosquito swarms in their natural habitat. We’ve already begun working on this in Tanzania.

Still, these findings open new avenues for research into the evolutionary ecology of hearing, the unique hearing system in mosquitoes, and mosquito behaviour more broadly.

They could also contribute to mosquito control efforts. As part of vector control programmes, mutant males will be released into the wild to collapse local mosquito populations. Mutant male mosquitoes are genetically modified so that when they mate with a female, the offspring isn’t viable and will die.

Mating efficiency in this context relies heavily on the released males’ ability to hear the “resident” females. Our results suggest that to create a successful programme, it may be important to assess male and female flight tone distributions, alongside male hearing ranges, before releasing the mutant mosquitoes.