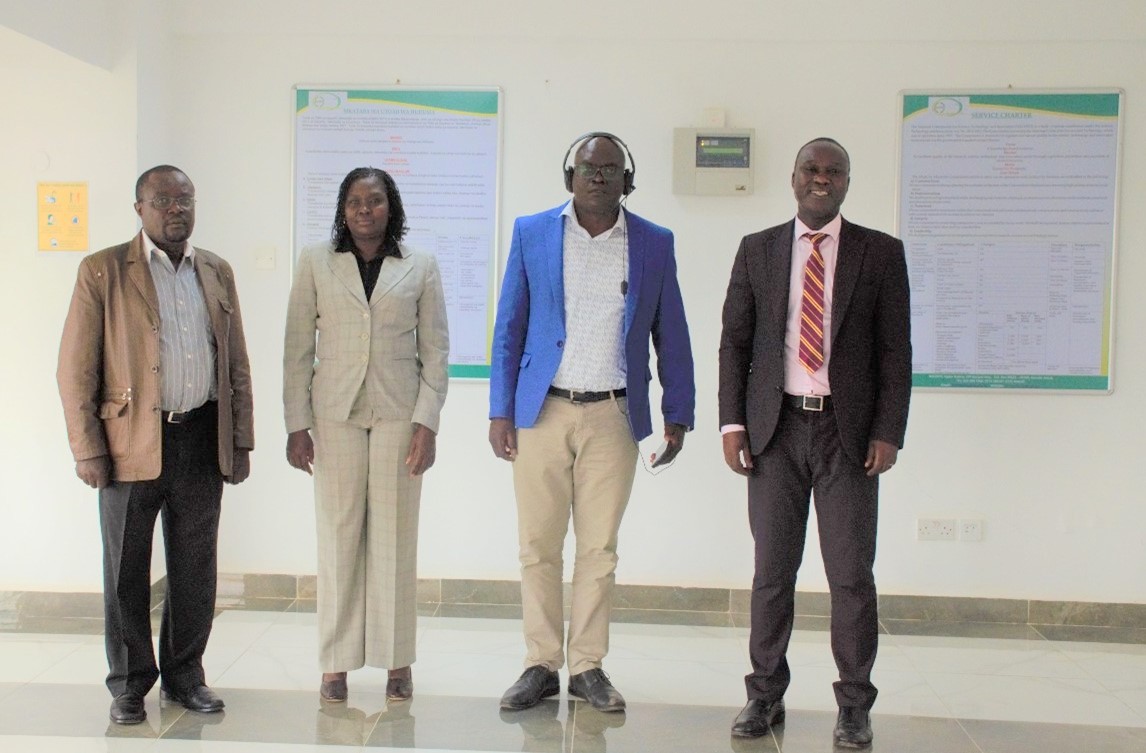 The purpose of the visit was to brief Director General NACOSTI on the upcoming project on developing a pilot biosafety and Biosecurity degree program at the Masinde Muliro University of Science and Technology. This was applauded by the DG since the country lacks such capacities as exposed by the COVID-19 pandemic. He emphasized on the need of moving with speed in implementing this program and that NACOSTI is in support of the initiative fully. There is need to build capacity in Biosecurity in the country and this program is timely to fill the gap. Biosecurity for youths is also important because of the open-source information, knowledge, and skills, they can easily be misused. In recognition of One Health approach, creating awareness at the community level will also be crucial in responding to infectious outbreaks that could be of security nature.   He further emphasized that NACOSTI is ready to coordinate any related activity as per the broad mandate given by the STI Act 2013.