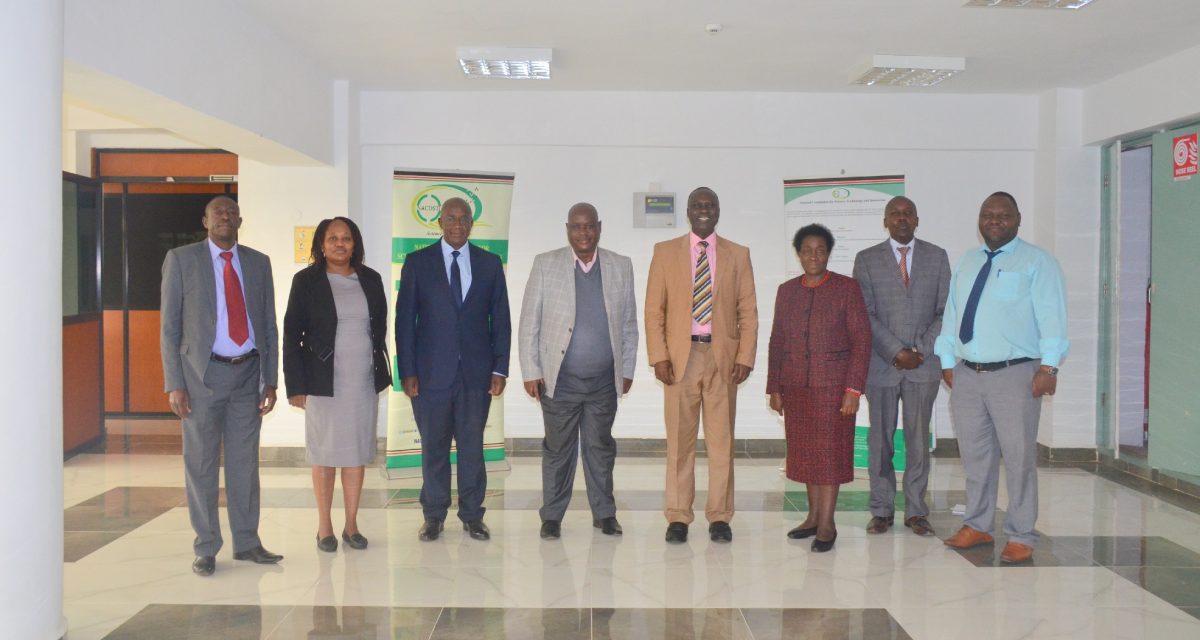 Prof. Oyawa welcomed the team to the meeting whose aim was to discuss ways to collaborate in the realization of respective institutional mandates briefly explained NACOSTI’s establishment, mandate and functions as provided in the Science, Technology and Innovation Act No. 28 of 2013. He broadly highlighted the functions as provided in Section 6 of the STI Act namely, regulation, promotion, coordination, advisory and awareness creation on STI. The Chairperson of NACADA thanked the DG and NACOSTI’s team for arranging the meeting noting that research is an important aspect in NACADA’s programmes. It is only through research that the institution can develop and implemented well informed programmes to address the growing alcohol and drug abuse (ADA) menace which has rendered many youth unproductive, with some losing their lives at an early age. She invited the CEO to provide a brief description of NACADA’s mandate and programmes. Prof. Imbuga highlighted that it has a directorate to deal with research on various aspects of ADA for the provision of accurate and timely data and information to inform internal and external policies as well interventions to address the growing Alcohol and Drug Abuse (ADA) problem. Some of the priority research areas highlighted during the meeting are;

The two institutions discussed opportunities for collaboration and partnership. Based on the areas of research identified, it was agreed that there several ways in which the two institutions can collaborate to ensure research on Alcohol and Drug Abuse (ADA) remains a priority. These include:

The meeting agreed to: