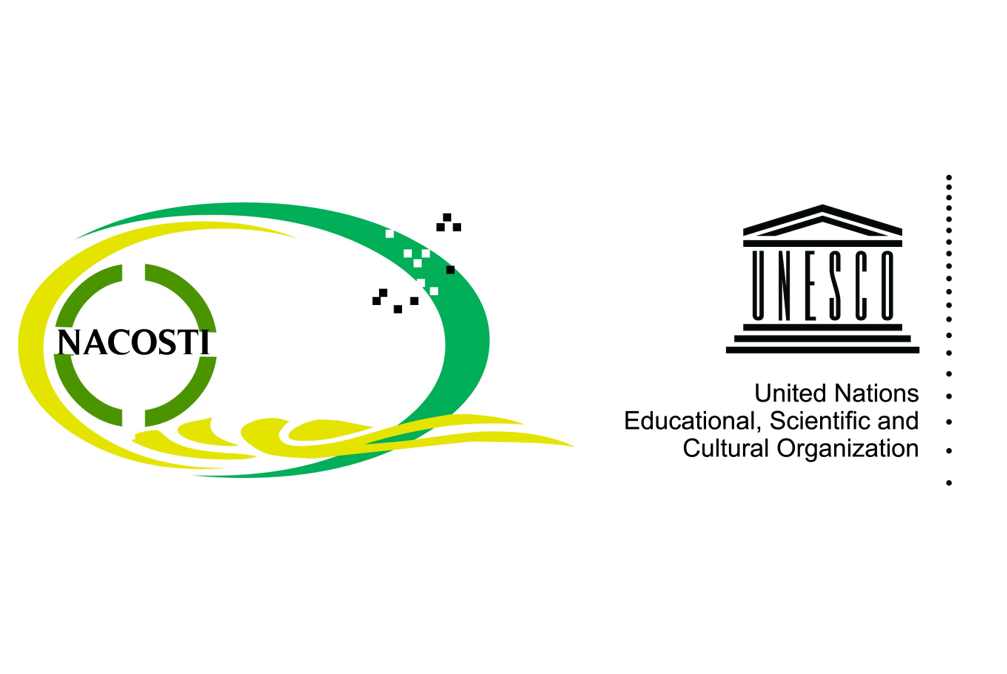 The United Nations Educational, Scientific and Cultural Organization (UNESCO) Office for Eastern Africa, the National Commission for Science, Technology and Innovation (NACOSTI) and the African Centre for Technology Studies (ACTS) recognise that the achievement of the United Nations Sustainable Development Goals (the “SDGs”) requires a concerted alliance between inter-governmental organisations, governments, non-governmental organisations and private sector entities. UNESCO, NACOSTI and ACTS wish to combine forces and actively collaborate, so that each party brings its particular competencies and skills to contribute, in an effective manner, to the achievement of the SDGs.

Over the years, UNESCO has provided Eastern African countries (EAC) with guidance in developing or revising their national STI policies; promoting the development of science governance structures and mechanisms; and fostering closer linkages between Technical and Vocational Education and Training (TVET),  universities and industry within its longstanding University−Industry Partnerships programme and through the African Network of Scientific and Technological Institutions (ANSTI) which was established in 1980 to facilitate the active collaboration among African Scientific Institutions for the purpose of training and research in science, engineering and technology. UNESCO has also supported Ministries of Education, Science and Technology in developing Science, Technology, Engineering and Mathematics (STEM) programs to empower and enhance girls’ participation in STEM education programs. Via the UNESCO Institute for Statistics, the organization also accompanies developing countries desirous to measure their level of investment in STI in terms of both human and financial resources. Every five years, the UNESCO Science Report monitors the status of the support system for STI around the world and analyses emerging trends.  Moreover UNESCO’s Global Observatory of Science, Technology and Innovation Policy Instruments (GO→SPIN) published a series of country profiles as a precursor to the establishment of an international, open access database that will enable countries to monitor and evaluate their innovation ‘ecosystems’ and compare best practices.

The Government of Kenya established NACOSTI to assure quality in the research, science, technology and innovation sector through regulation, coordination, promotion and provision of advisory services. This is in line with efforts to contribute to realization of the Kenya Vision 2030, the Big Four Agenda and other national development goals, which aspires to transform Kenya into a globally competitive, newly industrialized, middle income country founded on a strong foundation on Science and Technology and Innovation with Research playing a key role in generating critical mass of technical and skilled human resource.

As a successor to the National Council for Science and Technology, NACOSTI has provided leadership in the STI sector through development of the National Research Priorities (2018-2022) to guide local and international researchers, universities and research institutions on the research areas which are aligned to the national development agenda. The Commission has also been working jointly with the Ministry of Education, UNESCO and other public and private agencies to enhance provision of STEM education with the aim of addressing gender disparities and inequalities which are skewed against girls. NACOSTI serves as a focal point for numerous international conventions and protocols related to STI such as the Africa Regional Cooperative Agreement for Research, Development and Training related to Nuclear Science and Technology (AFRA), Comprehensive Nuclear-Test Ban Treaty Organization (CBTO) and International Centre for Genetic Engineering and Biotechnology (ICGEB) among others. Further, the Commission registers and accredits research institutions and Institutional Ethics Review Committees (IRECs) across the country to uphold ethical standards in research and innovations.

ACTS is an intergovernmental organization founded in 1988 to pursue policy oriented research towards strengthening the capacity of African countries and institutions to harness science and technology for sustainable development. It is a pioneering development research think tank on harnessing applications of science, technology and innovation policies for sustainable development in Africa. Since its founding, ACTS has been instrumental in enlarging the range of policy choices for sustainable development in Africa. For example, ACTS’ work influenced patent industrial property legislation and policy (Kenya); environmental impact assessment standards (Eastern and Southern Africa); bio-energy and biofuels policy (Eastern and West Africa); agricultural policy, bio-diplomacy, biotechnology and biosafety (Africa-wide); and climate change adaptation and mitigation (Africa-wide). ACTS was the first to organize an international conference to discuss options that African countries could adopt to mitigate the impact of climate change and also played a major role in the negotiation for the Convention on Biological Diversity. For these and other achievements, ACTS has earned top ratings among the Environment Think Tanks in Africa and the world. In 2016, ACTS was rated (by the Intergovernmental Panel on Climate Change) among the top three most influential think tanks in Climate Change globally, and number one in Africa

Following discussions held between the Natural Science Sector Team of the UNESCO Field Office in Nairobi and the senior leadership of NACOSTI and ACTS around a possible collaboration on advancing the use and application of science, technology and innovation in Kenya’s sustainable development agenda, this Letter of Intent highlights the opportunities to be explored by the Parties. The letter of intent came into effect on 20 November 2020.

The Parties have identified the following areas as initial priorities to build a strong partnership: