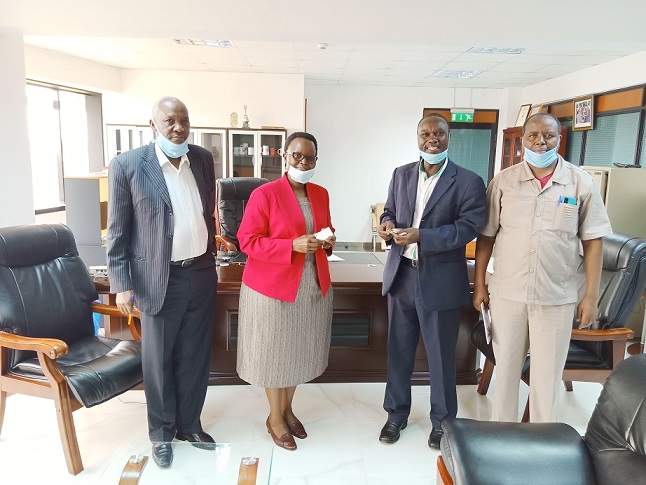 NACOSTI partnership with ISAAA is broad, with the key engagement being the Open Forum on Agricultural Biotechnology in Africa (OFAB) Kenya Media award. ISAAA launched a call for Journalists who have been reporting on Agricultural Biotechnology on 8th July 2020 with NACOSTI taking an active role as part of the Judges panelist through Dr. Benson Mburu.

Other areas of partnerships include:

ISAAA has offices in Asia and USA at Cornel University. In Africa, there are two other offices: one for Arab Speaking Countries at Cairo, Egypt and for Frank Phone Speakers at Ouagadougou, Burkina Faso. In Kenya it works through NODES located at Egerton University, Pwani University and South Eastern Kenya University (SEKU). ISAAA is mainly involved in: Knowledge Sharing, Technology Transfer, Capacity Building, Policy engagement, Partnership with Stakeholders, Communication Support to Projects and Communication research.

NACOSTI and ISAAA collaborate in Science Communication in the counties, STEM program and promotion of Women in science and engineering, is important. ISAAA together with NACOSTI have coordinated the formation of African Women in Bioscience where Dr. Edwardina, the Principal Analyst, Biological and Health Sciences NACOSTI, is a member as a branch of African Women in Science and Engineering.  NACOSTI looks forward to further collaborations with ISAAA in the following areas: